Dutch economist Heleen Mees made a court appearance in New York yesterday over charges of stalking. The 44-year-old columnist is accused by her ex-lover, corporate economist Willem Buiter, to have bombarded him with thousands of e-mails. “Do you understand that you are not to have any contact?”

Sternly, Heleen Mees is addressed by a criminal judge in a Lower Manhattan courtroom. The Dutch economist and columnist has come forward quietly to stand next to her lawyer, who is defending her against allegations that she harassed and threatened her ex-lover, British-Dutch banker Willem Buiter, and his family. Now, the judge is directly speaking to her.

“Do you understand that you are not to have any contact with these individuals?” Judge Joanne Quinones asks with a raised voice. Mees, who until recently worked as a lecturer at New York University, was arrested last month for stalking after accusations by Buiter. She is alleged to have sent the chief economist of Citigroup over 1,000 e-mails, including messages of a sexually explicit nature, after he broke off their relationship. 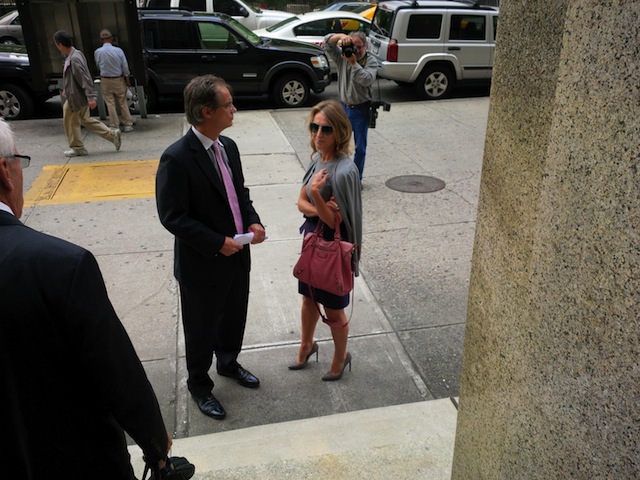 Heleen Mees in front of the Lower Manhattan courthouse yesterday.

It was the only utterance by Mees during her court appearance on Monday. For the rest, the 44-year-old founder of the feminist movement Women on Top let her attorney, veteran lawyer Ira London, do the talking. Uncomfortably, she looked around and stared at the ground while about a dozen journalists from the Netherlands, the United States and Great Britain were following her high-profile case.

Her case? According to London, Buiter is also to blame. The well-known economist, who coined the phrase ‘Grexit’ for a potential Greek exit from the euro, also sought contact with Mees after this month’s indictment, through the social network LinkedIn, London claimed. “He has a history of disconnecting Ms. Mees and then reconnecting again,” the lawyer argued. “This serves to illustrate that this was a bilateral relationship, not harassment.”

The defense has hundreds of e-mails from 63-year-old Buiter – and could say a thing or two about his behaviour, London seemed to suggest. Judge Quinones, who presides over a constant stream of minor criminal cases in the area of domestic violence, ordered the plaintiffs to also tell Buiter that he is not allowed to contact Mees “in any way.”

“I don’t understand the judge’s anger”

Buiter, who lives in New York, but was not present at the hearing, adjusted the indictment this month. The accusation that Mees had threatened his adult children was withdrawn. But an accusation was added that Mees tried to meet him earlier this year at a hotel in Amsterdam, using an assumed name.

London made an application for exoneration of bail, asking the court to release Mees on her own recognizance. Mees, who spent four nights in jail in early July, has been out on bail since a plumber from Brooklyn, Leon Alfonso, paid a bail sum of $5,000 for her. London pointed out that Mees owns real estate in New York – she has an apartment in Brooklyn. So the bail arrangement is unnecessary, he argued.

Quinones wasn’t swayed. The judge adjourned the case until October 24th. Unless a settlement is reached, Mees could face a year in prison if she is found guilty. According to London, no settlement negotiations are ongoing. 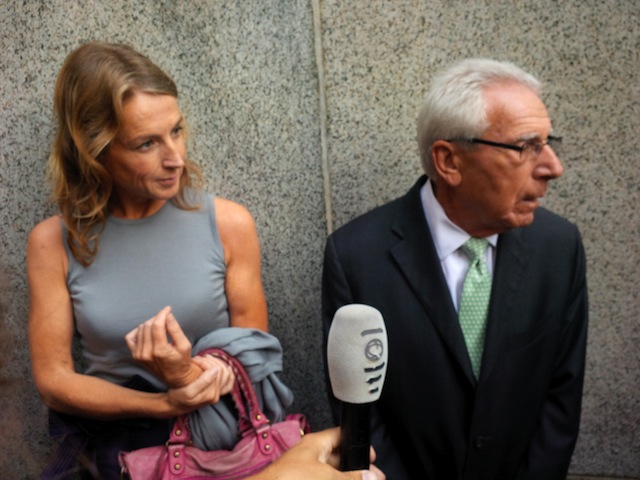 Heleen Mees and her lawyer, Ira London, yesterday at the courthouse in New York.

In front of the courthouse, the attorney said he was “totally perplexed” by the judge’s stance. “This is a series of misdemeanour charges that are not serious by any means,” he said, with Mees silently by his side. “I don’t understand the judge’s anger during the colloquy this morning.”