World-renowned piano builder Steinway is almost certainly falling into the hands of a private equity firm. Steinway has left an indelible mark on the international music scene and on a borough of New York. Now, piano enthusiasts fear a move of the factories to Asia.

Long before you arrive at the old factory of Steinway & Sons in the Astoria neighbourhood of New York, it becomes clear that the area has been shaped by the rich history of the most prestigious piano builder in the world. The busy main street to the 19th-century complex in the borough of Queens is Steinway Street. The neighbourhood around it is Steinway Village, named after the community of artisans that was formed there when the area was still largely undeveloped. Subway station: Steinway. 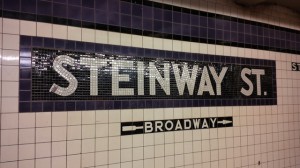 This is the territory of Steinway, a company with a world famous name and a history to match – but with an uncertain future under new ownership. The historic piano manufacturer will almost certainly be taken over by private equity firm Kohlberg & Company. The U.S. buyout fund has made an offer of $438 million for Steinway Musical Instruments, the parent company of the storied piano maker.

Inside the sprawling complex of low-rise buildings, pianos and grand pianos have been built since 1873 for the world’s top pianists and other wealthy enthusiasts: about 1,300 per year, all by hand. Soundboards, rims, strings, hammers and keys are carefully assembled by about 300 craftsmen into instruments worthy of the Steinway name. A large majority of concert pianists plays on an instrument of the company, founded in 1853 by German immigrant Henry Engelhard Steinweg. 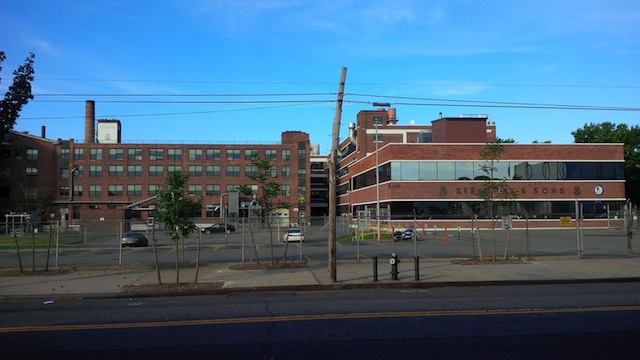 The factory of piano maker Steinway in Queens, New York.

“The original mission of the company was to build the best pianos, and our claim to fame is still the very same thing,” says company spokesman Anthony Gilroy. “I think it’s very difficult to find a company in any industry that started with a mission and 160 years later they’re still doing exactly the same thing. Steinway & Sons has not even branched into digital, all we do is build acoustic pianos.”

For that reason, news that the piano builder is changing hands has led to concern in the music world in the past weeks. The Kohlberg bid comes down to $35 per share – a premium of 33 per cent over the stock price before the bid was announced last month. Unless an alternative buyer emerges, Kohlberg is set to become the fourth owner of the piano maker since the Steinway family sold the company in 1972. Kohlberg also owns sewing machine maker Singer and ice hockey equipment manufacturer Bauer, among other companies.

Music lovers are shocked by the prospect. “The fear is that these are people who don’t know about music and don’t know about pianos, who don’t invest in the product with their hearts,” says Stuart Isacoff, pianist and author of the book ‘A Natural History of the the Piano’. “They might just simply try to find ways to make more money and things could go wrong. One would have to hope that the new owners will guarantee that the quality of the instruments and its standing in the world remain the same.” 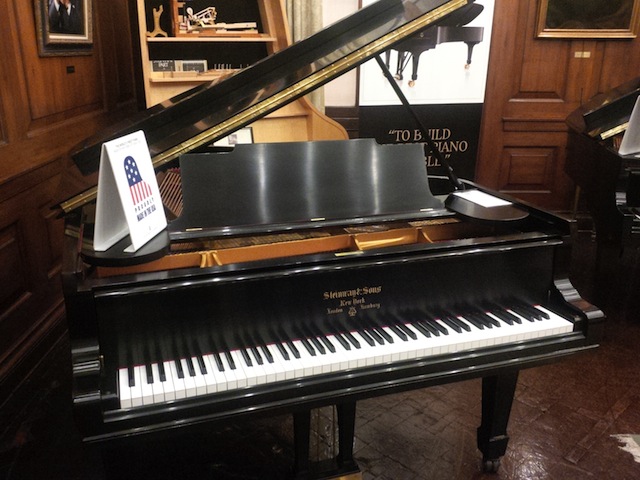 Steinway grand piano in the showroom at Steinway Hall.

Kohlberg wants to privatize Steinway. Since 1996, Steinway Musical Instruments has been listed on the New York Stock Exchange, under the symbol LVB after Ludwig von Beethoven. As a private enterprise, the parent company, which in addition to Steinways also makes pianos of the Boston and Essex brands, as well as other musical instruments, would be better positioned to make long-term plans, according to Kohlberg – such as more sales in China, the main growth market for pianos.

The Chinese market is characterized by the emergence of the wealthy class and a great affinity with classical music. By contrast, in the United States and Europe, demand for grand pianos has suffered because of the economic crisis. Between 2005 and 2008, sales have declined by 20 per cent, although they have been recovering since 2009.

Isacoff is concerned about the greater emphasis on China. “The new owners may have the business expertise to reach that market in ways that can benefit Steinway,” he says. “But if they decide that they should make the company more profitable by building everything in Asia, I think that would be a disaster. Then the company would lose its historical memory of craftsmanship.”

Kohlberg says it has no plans to move manufacturing away from New York, or from the company’s other factory in Hamburg, Germany, which is responsible for another 1,200 pianos per year. In an open letter, Kohlberg’s Christopher W. Anderson wrote that one of the company’s “main goals for Steinway” is to “preserve and support everything that makes a Steinway piano special.” 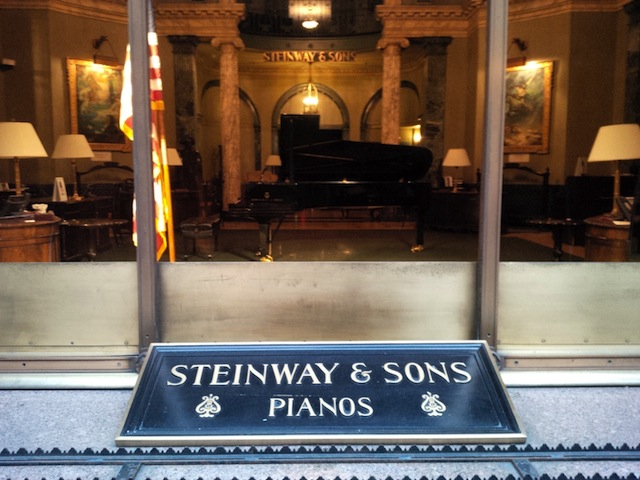 But pianists have been suspicious since Steinway announced the sale of Steinway Hall, an historic building in Midtown Manhattan with showrooms and rehearsal spaces, earlier this year. That 1925 building, across from Carnegie Hall, is of great cultural and historical value to many musicians. The great pianists Sergei Rachmaninoff and Vladimir Horowitz played in the legendary basement. Steinway will vacate the building by the end of next year.

For now, the sounds of Chopin are coming from a rehearsal room on the second floor. Concert pianist Beny Tu is rehearsing on a Steinway grand piano for a solo concert at the Lincoln Center this weekend. “I think it’s a pity to sell the company, and that this building will disappear,” he says. “As pianists we love Steinways because of the rich sound. I am concerned about the quality if they bring in new management. Their profession is very different. I’m not sure what the future of the company will be like.” 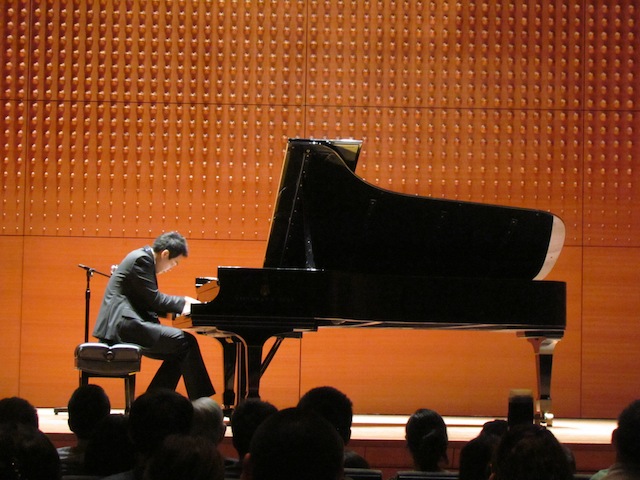 Steinway has a kind of monopoly on grand concert pianos. In the U.S., about 97 per cent of grand pianos used in concerts during the 2010-2011 season were Steinways. Since 1853, almost 600,000 pianos and grand pianos have been built at the two Steinway factories in New York and Hamburg. Other piano makers include Yamaha in Japan, which is more geared towards automated production. Yamaha owns Bösendorfer of Austria, the oldest piano maker still in existence. In the U.S., Baldwin and Mason & Hamlin are rivals. In Germany, Bechstein and Blüthner are competitors of the factory in Hamburg.

A Steinway grand piano consists of approximately 12,000 items, from keys to hammers to strings. The company strives for handmade top quality for all those components. “There are 12,000 ways to take a short cut to save money,” says spokesman Gilroy. Thus, the wood for the soundboards comes from so-called Sitka spruce from Alaska, which is especially selected. Ironwork is done by a subsidiary, as are the keys. Strings are provided by Mapes in Tennessee. Price tags for grand pianos range from 55,000 euro for the smallest model to 100,000 and up for full grand concert pianos. 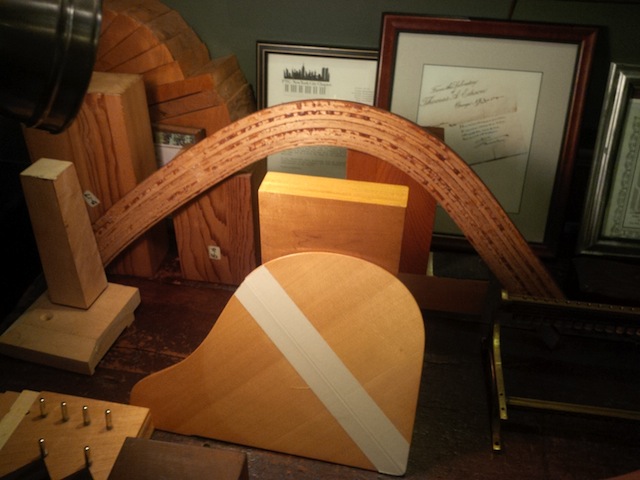 Components for a Steinway grand piano.

‘Imagine’ was composed on a Steinway

Many famous pianists swear by their Steinway. At Steinway Hall in New York, there is a portrait of composer Sergei Rachmaninoff, an early user who deemed the pianos “perfect”. Vladimir Horowitz demanded that his own Steinway grand piano accompanied him on tour, including to his native Russia in the second half of the 1980s. John Lennon composed ‘Imagine’ on his Steinway, a white grand piano. Among approximately 1,600 contemporary pianists classified as ‘Steinway artists’ are jazz musicians Diana Krall and Harry Connick, Jr.

‘The Cosmos are back’, now without Pelé In court, Heleen Mees remains silent
Share

One Response to Concerns about piano maker Steinway