An exceptionally mild winter has helped propel the issue of climate change to the top of the political agenda in Canada. With the appointment of a new Environment Minister, Prime Minister Stephen Harper is hoping to make a fresh start on environmental policy, the Achilles heel of his government.

Known as one of the coldest capital cities in the world, Ottawa is accustomed to freezing temperatures of minus 15 to minus 20 degrees Celsius in January. The seat of the Canadian government takes pride in its annual Winterlude festival, set around the Rideau Canal near the federal Parliament buildings.

The Rideau Canal, touted as the world’s longest skating rink, usually sees hundreds of people lace up their skates and brave the extreme cold during any given weekend in January.

But not this year. At almost 10 degrees, there is not a patch of ice in the canal. Hikers and cyclists take in the scene, a runner passes by in shorts. Some people are sitting on benches overlooking the waterway. The barges that normally serve as places for skate rentals are afloat in the water and boarded up; steps leading down to the canal from the embankment are blocked.

Organizers have mused that the Rideau Canal might not open for skating this winter. That would be unprecedented. 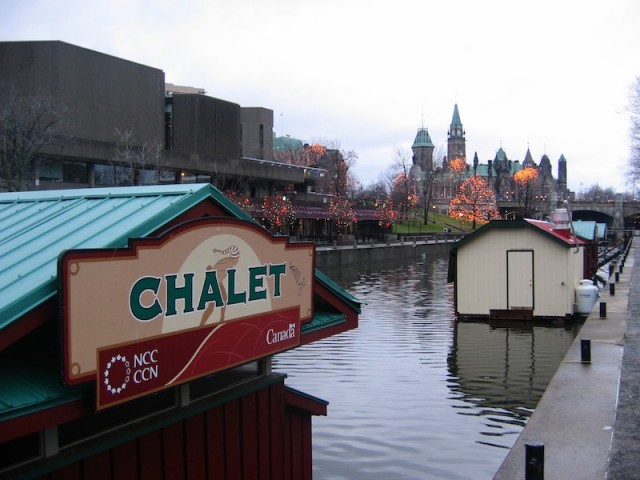 The barges for skate rentals on Ottawa’s Rideau Canal are deserted.

“This is the most peculiar January we have ever seen here,” says Doug Jones, a hiker in the area. “We’ve lived here for 17 years and are used to minus 10 or minus 20. It’s disturbing, that’s for sure.”

His partner, Jane Davidge, is out without a hat. Both stop and stand around for a while to talk about the weather – something that under normal conditions would quickly cause a person to cool down, especially their head and limbs.

“We don’t mind it for our personal comfort,” says Davidge. “But we do have concerns about the causes of these mild temperatures.”

That is true for almost all of Canada. For most people in the ‘Great White North’, who undergo harsh winters as an annual ritual, this year’s winter has yet to get underway. In major cities like Toronto and Montreal, it feels more like spring. Even the Canadian Arctic has seen relatively mild temperatures since the beginning of December.

“What is particularly unusual about this mildness is the duration of it,” says David Phillips, a climatologist at Environment Canada. “Normally, you get the odd mild day, and then you’re back in face-numbing wind chill again. Now, every day is mild.”

“Canada, the land of ice and snow, is warming up”

Winters in Canada, which is normally the second-coldest country in the world after Russia, have become gradually milder in recent decades, Phillips says. Average winter temperatures across the country have risen by more than two degrees over the last 60 years – a remarkable increase compared with worldwide warming, which amounts to about 0.7 degrees over 120 years.

“Canada, the land of ice and snow, is warming up,” says Phillips. “And we warmed up in a relatively short period. Globally they often talk about 0.6 to 0.7 degrees in 120 years. We have warmed up twice as much in half the time.”

This year’s persistent mild weather has prompted a large number of Canadians to take climate change more seriously. Whether the current warm temperatures are caused by global warming or not, the talk has changed from the usual ‘Cold out, eh?’ – the typical Canadian winter greeting – to the question what Canada can do to help fight the emission of greenhouse gases that cause warming.

Last week, an opinion poll showed that the environment, which was largely ignored during last year’s election campaign, now is a top priority for 20 per cent of the electorate – more than any other issue, including health care and the military mission in Afghanistan. 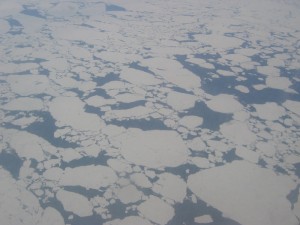 Ice floes in Nunavut. The Canadian Arctic is warming up.

This change in the political climate is inconvenient for Prime Minister Stephen Harper. His Conservative minority government has neglected the environment in the eyes of voters.

Although Canada has ratified the Kyoto Protocol to reduce greenhouse gas emissions, the Conservatives have stated that they consider its goals unattainable. A ‘Clean Air Act’ launched last summer was widely viewed as a half-hearted attempt to divert attention away from Kyoto.

In the fall, then-Environment Minister Rona Ambrose was criticized at the international climate conference in Nairobi for blaming the previous Liberal government for lack of progress on emissions. She also said that her government was unwilling to “spend Canadian taxpayers’ money on emissions rights.”

The hostile attitude of the Harper government towards the environment has rubbed many Canadians the wrong way, says John Bennett of the Climate Action Network Canada in Ottawa.

“The government’s decision to abandon action on climate change was a critical error,” he says. “The message to Canadians was: we’re giving up. But Canadians want to be part of the solution, they have a perception that we’re good international players and leaders on environmental initiatives, and we want it to stay that way. So Canadians haven’t accepted that.”

Moreover, Harper is facing new political opponents with credibility on the environment. Elizabeth May, a popular green activist, has become leader of the Green Party of Canada. Although that party is not represented in Parliament, May surprised many by finishing in second place in a November by-election in an electoral district in Ontario.

And the Liberal Party of Canada, which forms the official opposition, has chosen Stéphane Dion, a former Environment Minister, as its leader. Dion campaigned for the leadership on a green platform, and he wants to focus on the theme when he runs against Harper in the next election, expected later this year.

Harper, who wants to shore up his precarious minority government, has promised change. He has replaced Ambrose as Environment Minister with John Baird, a relative heavyweight on the Conservative benches. Whether the Conservatives will change their tune on Kyoto remains to be seen. No concrete new plans have been unveiled, but Harper has acknowledged that “we must do more for the environment.”

At the Rideau Canal, people are skeptical. “I doubt that Harper has really changed his view, or if he’s just saying that because it is becoming an important election issue,” says Serge Sylvestre, another hiker at the canal.

“The government should take action with incentives for energy conservation and clean cars, and restrictions on industrial emissions. So far the Conservative environmental policy has been an embarrassment.” 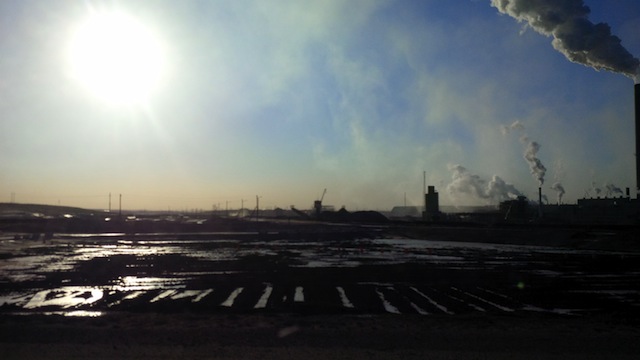 Producers in the Alberta oil sands are among the largest emitters of greenhouse gases in Canada.

“Canada should provide leadership on environmental issues,” says Dion, who was chosen as leader of the opposition Liberals in December.

Canada is not doing that. As a large country with big heating and transportation needs, Canada is a relatively large polluter. Since 1990, Canada’s greenhouse gas emissions have increased by about 25 per cent – a much larger increase than the 13 to 14 per cent in the United States. The difference is mainly due to the boom in the Alberta oil sands, a very energy-intensive form of oil production.

Canada is responsible for about 3 per cent of global greenhouse gas emissions. Under the previous Liberal government of former Prime Minister Jean Chrétien, Canada ratified the Kyoto Protocol – but did not follow up with concrete steps to reduce emissions. The current Conservative government of Prime Minister Stephen Harper has not formally terminated Canadian participation in the treaty, but it has stated that it considers the target (a reduction of emissions by 6 per cent from 1990 levels by 2012) not attainable.