Correspondent Frank Kuin > Canada in the world > ‘Uneven Kyoto is the best we have’: David Anderson

‘Uneven Kyoto is the best we have’: David Anderson

Canada is about to ratify the Kyoto Protocol on the reduction of greenhouse gas emissions. Ever since the unilateral rejection of the climate treaty by the Bush administration, Canada is in a tough spot, says Environment Minister David Anderson. “Kyoto is very uneven, but it’s a start, and at the moment it’s the best we have.”

By Frank Kuin in Gatineau, Quebec

Still, Canada is about to ratify the climate deal, in part to set a good example, Anderson said in an interview with NRC Handelsblad. 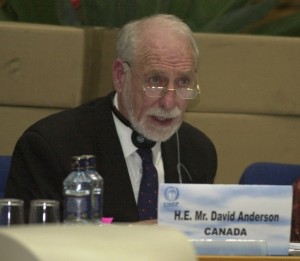 “We want to show that it is possible to achieve climate change goals without major economic impact,” Anderson said at his office in Gatineau, Quebec. “If we can do that, it’s a real object lesson to ourselves and to the rest of the world – particularly to the Americans.

“We think the Americans will be coming in to a process of some sort over the next few years. They will start doing serious things at the federal level with respect to climate change. They will be looking to us and say: if you could do it, perhaps we can too.”

Canada is in a tough spot when it comes to Kyoto. The unilateral rejection of the Protocol by the Bush administration has been “a major hurdle” for the country, Anderson said. “Because of the integration of our economies, this is a major concern for us.”

The Canadian government considered taking the position that ratification of the Protocol without American involvement no longer made sense for Canada, Anderson acknowledged. “We considered doing that. We had to rework all our figures and looked: is it possible to do it? We concluded it is.”

Today, Canada’s House of Commons will almost certainly vote in favour of ratifying the climate treaty, which requires a reduction of greenhouse gas emissions like carbon dioxide (CO2) of 5.2 per cent below 1990 levels within 10 years. When Russia also ratifies the agreement, a necessity now that the United States are out, the Protocol will officially come into force.

“We are willing to go ahead, because we think it’s essential”

Domestically, Canada’s ratification is controversial, especially since the Americans pulled out. Because of the close economic ties between the two countries – about 85 per cent of Canadian exports go to the U.S. – Canadian businesses warn that Kyoto will harm their competitiveness. Industries, particularly in oil-producing Alberta, predict implementing the deal will cost hundreds of thousands of jobs.

On a per capita basis, Canada is one of the world’s worst polluters. But in absolute terms, Canadian emissions amount to about 2 per cent of the global total – not  worthwhile to unilaterally derail the Canadian economy, critics say.

Opponents of Kyoto point out that besides the U.S., which is responsible for over a third of global greenhouse gas emissions, other major polluters such as India, Brazil and Mexico can continue to emit under the treaty, because developing countries are exempt.

On the other hand, Canadians abhor the unilateralism of President Bush. His decision to reject Kyoto was “the wrong decision” says Anderson. “And it’s something that in time I think will be recognized as such. That is why I expect the Americans over time to change their position.” 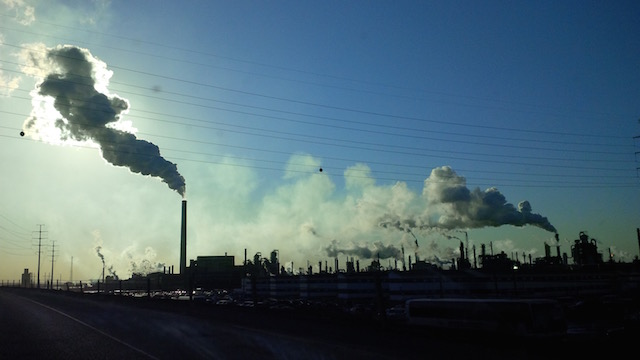 Emissions in the tar sands area of northern Alberta..

Canada firmly believes in multilateral cooperation within the United Nations. From that perspective, Anderson calls ratification of the Kyoto Protocol “a wise move”. Still, he says he agrees with the Canadian business community that “the impact on the economy will be much greater for Canada than for Europe.” The Europeans could therefore be a bit more understanding of Canada’s position, he says.

“The EU did a poor job at negotiating,” Anderson said. “Had they done a slightly better job, we would have had the Americans signed on in December of 2000. They were keen to make an agreement. But the Europeans, pushed by environmental organizations who did not understand the dynamics of the politics of the issue, made it impossible for the Clinton administration to sign on.”

Since then, Canada has clashed repeatedly with the EU over Kyoto. The country came up with tough conditions to stay on board. It demanded points for so-called sinks, forests that absorb CO2 from the atmosphere. Canada also took a position in favour of emissions trading, allowing the country the ‘buy’ surplus reductions from other countries if it does not achieve its own objectives.

“The Europeans have not understood the importance of reductions globally”

Environmental organizations and the EU are of the opinion that every country should achieve its own real reductions of CO2 emissions; they believe these revisions weaken the Protocol.

Anderson disagrees. “The Europeans have not understood the importance of having reductions globally,” he said. “They are very focused on individual country emissions. It does not matter if a tonne of carbon goes into the air from Cameroon, or Congo, or Cuba or Canada. They have a bubble within the European Union, but they don’t seem to want to have that type of approach used elsewhere.”

Canada also wants to be rewarded for reductions in American CO2 emissions through clean electricity from Canadian hydro power. “If you reduce emissions in the United States by giving them clean energy, emissions go down and the atmosphere of the globe is improved,” Anderson argues. 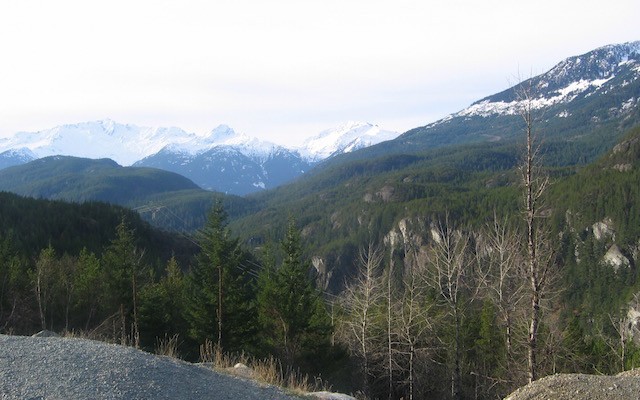 Under the Kyoto Protocol, Canada has to reduce its greenhouse gas emissions by 240 megatonnes. Canada wants to reach a quarter of that goal through clean energy supplies to the U.S. Another third should be achieved through the sinks.

The remainder should be actual reductions – 70 megatonnes by industry and government, 30 megatonnes by consumers. Anderson recently presented a ‘challenge to Canadians’ to reduce household CO2 emissions by a tonne per person, including by limiting car use and through better insulation of homes.

“We are willing to go ahead, because we think it’s essential and others are going to come on board,” said Anderson. “If we all sit back and wait for somebody else to do more, nobody will move. The Americans are doing very little, the Europeans could do more, some of the developing countries are doing nothing.

“Kyoto is very uneven, but it’s a start, and at the moment it’s the best we have. It’s easy to say: you have to go and renegotiate a better treaty. It took us forever to negotiate the treaty that we did. So let’s not go back to the drawing board; let’s start now. Let’s work with the best we have and make it better.”

One Response to ‘Uneven Kyoto is the best we have’: David Anderson