The French-speaking population of Quebec has been recognized by the Canadian parliament in Ottawa as a nation within Canada. House of Commons members of all parties voted by a large majority for approval of a motion to that effect. It is recognition of the cultural identity of ‘a large village of survivors’.

A blue flag with four white lilies waves in Place Jacques-Cartier, an historic square in Vieux-Montréal, the old centre of the biggest city in French Canada. The square, named after the French explorer who claimed the area for France in the 1530s, is the heart of a district with centuries-old warehouses along narrow, cobble-stone streets. A musician is playing a harmonica in front of Restaurant St-Amable. The atmosphere is friendly, European.

This was once the heart of New France, now it is Quebec, the predominantly French-speaking Canadian province whose people were recognized yesterday as ‘a nation within a united Canada’ by the federal Parliament in Ottawa – a nod to their distinct culture and language. 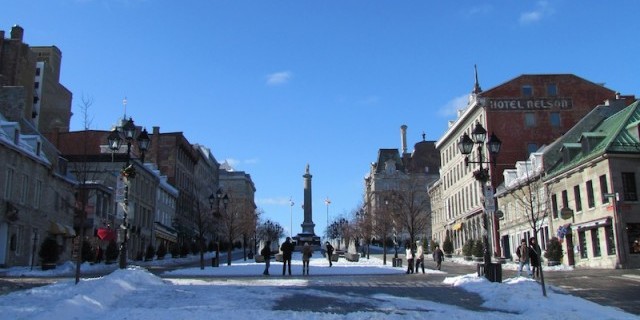 The resolution emerged after a renewed political debate over a centuries-old Canadian reality. Quebec was conquered by the British in 1759 and is surrounded by hundreds of millions of English speakers in North America. Despite this, the Québécois, who number  7.5 million today, have succeeded in preserving their own identity in their corner of the continent through a remarkable cultural survival instinct.

The recognition of the Québécois as a nation, a source of annoyance for some in English Canada, is received in Vieux-Montreal with a mixture of approval and self-evidence. “Of course Quebec is a nation,” says Edouard Bisson, a man in his fifties wearing a French beret. “We are the majority as French speakers, we are at home here, we have our own literature and singers. I have great respect for our English-speaking friends. But it is our pride to be francophone.”

“We are more Latin, more exuberant, more focused on quality of life”

Bisson and his wife Monique love the musicians from Quebec, such as Claude Dubois and Diane Dufresne. “Their songs are about values that differ from those of the English,” says Monique. “We are more Latin, more exuberant, less focused on money and more on the quality of life.” 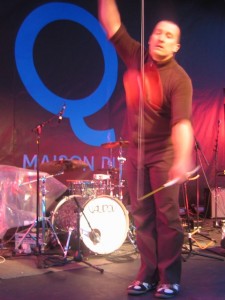 The culture of the Quebecois is “a self-sufficient sovereign culture within Canada,” says Brian D. Johnson, a Canadian culture critic with Maclean’s magazine. “Quebec is like a flamboyant island of foreign culture in the North American sea. It has a lot of influence from European culture.”

Perhaps the most famous example of this homegrown culture is the Cirque du Soleil, which is rooted in the desire of the Québécois to create their own brand of entertainment for their small home market, despite a barrage of American popular culture. The Cirque, now a multinational corporation, began around 1980 with a group of stilt walkers and fire eaters in Baie-Saint-Paul, near Quebec City. They had little money, but plenty of creativity.

“The Cirque du Soleil comes out of a countercultural explosion of people doing home-made, bohemian art,” says Johnson. “It incarnates a European exoticism for North America, it’s like a concentrate of Quebec.”

In addition to their language, a French dialect, and unique culture, the Québécois also have their own institutions, such as schools, churches, media, business and labour unions, says Maurice Pinard, professor of sociology at McGill University in Montreal. That is also a hallmark of a nation in a sociological sense, he says.

In Canada, English and French speakers are sometimes referred to as the ‘two solitudes’, two groups under one roof who largely live without much interaction, despite common institutions such as the federal Parliament and large Canadian corporations. Pinard compares this phenomenon to the situation in Belgium, between the Dutch-speaking Flemish and the French-speaking Walloons.

Perhaps most importantly, the Québécois have a ‘collective historic memory’, a perspective on the history of French speakers in North America that is defined by a struggle against domination by an English-speaking elite. That history goes back to General Montcalm who lost the battle for New France at the Plains of Abraham in Quebec City and involves the economic oppression of French-speaking workers by anglophone capitalists until the Revolution tranquille (Quiet Revolution) in the 1960s and 1970s, when the Quebecois emancipated.

The controversial exclamation of French President Charles De Gaulle at Place Jacques-Cartier in 1967 is also etched in that memory: “Vive le Québec libre!” 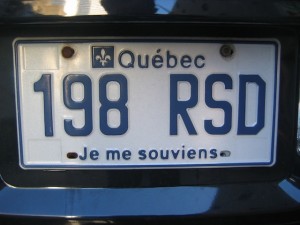 The collective memory of the Québécois is perhaps best expressed in the motto on license plates on all vehicles registered in the province: Je me souviens (I remember). An often-asked question is “what do you remember?” Although it’s open to everyone’s own interpretation, the slogan refers to the survival of the French identity under challenging circumstances.

For that reason, the recognition of the Québécois as a nation is important, says sociologist Pinard. “Groups that have been in an inferior position are often groping for signs of recognition, to erase that psychologically by being recognized as equal,” he says. “I think these gestures of recognition are always important. Not one will be a magic solution, but if these things had been forthcoming for a longer period of time, and with less hesitation from English Canada, it would have been better.”

Still, Pinard questions the term nation precisely because it is so ambiguous. In political terms, it may be synonymous with a state, a country. André Boisclair, leader of the Parti Québécois which is the sovereigntist opposition party in Quebec, quickly seized on the recognition by calling it a step towards independence because the international community recognizes the right of nations to self-determination.

“I do not identify with a nation, but with our culture”

Outside of Quebec, the recognition of the Québécois as a nation is controversial because it goes against the Canadian pursuit of a multicultural society in which many groups of people live in harmony on a basis of equality, regardless of where their ancestors came from or how long they have been in the country.

“If Quebecers are a nation because they are of the French-Canadian tribe, the volk, as the Germans used to say, then we are legitimizing racial/ethnic concepts that are ugly almost beyond belief in the 21st century,” wrote the Canadian historian Michael Bliss in the National Post. “We turn all Quebecers who don’t have the right blood – all the Schwartzes and Cohens and others – into second-class citizens.”

For similar reasons, Claire Thibault, a Montrealaise in her 40s, also has some reservations about the term nation. “It reminds me too much of nationalism,” she says, standing on l’Avenue du Mont-Royal, a busy street in Montreal. “I do not identify with a nation, but with our culture. We are of the New World and accept many immigrants. We are multicultural and progressive, we’re looking forward.”

Still, Thibault has no doubt about the basis for the motion. “Of course Quebec is a nation,” she says. “We are a community, a large village of survivors with a lot of originality and imagination. We know that, we did not need Prime Minister Harper to tell us. His recognition is a symbolic gesture.” 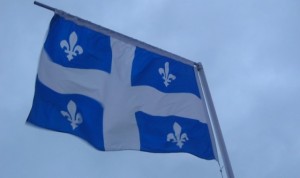 Je me souviens: Slogan on license plates in Quebec, appealing to the national memory. 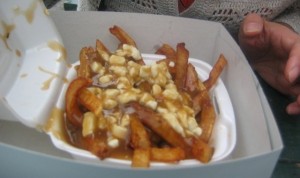 Maîtres chez nous: Motto of the Quiet Revolution in the 1960s and 1970s, when francophones emancipated.

Joual: French dialect spoken in the street by ordinary Québécois.

2 Responses to Proud Québécois recognized as ‘nation within united Canada’