Nothing at the international headquarters of Research in Motion, the Canadian maker of the BlackBerry wireless e-mail device, betrays a sense of impending doom.

Workers on production lines at the manufacturing facility in Waterloo, Ontario, keep churning out BlackBerrys to satisfy the growing demand for the popular communication gadget. Units of the newly launched 8700 model, a BlackBerry with an Intel chip, are rolling off the conveyor belts at an ever-increasing rate. 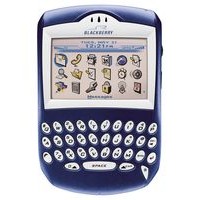 Charmaine Eggberry, RIM vice-president for expansion into Europe, the Middle East and Africa, sees the device conquering the world. She points to a steep increase in the number of users during the past couple of years, to more than 4 million. The 5 million mark is in sight, she says. “It’s a very healthy growth curve.”

Never mind that within weeks, RIM may be ordered to shut down its BlackBerry service in the United States, by far its largest market. A judge in Virginia will soon deliver a final ruling on whether RIM has infringed on the wireless e-mail patents of NTP, a small holding company. NTP successfully sued RIM in 2002; the appeals process has nearly been exhausted.

The verdict will likely be a turning point for the 21-year old company, which has revolutionized corporate communications and has made tycoons of its founders and co-CEOs, Mike Lazaridis and James Balsillie. Last year, RIM reported revenues of $1.35 billion (U.S.) and earnings of $213 million. With a market capitalization of about $12.5 billion, it has become the largest technology company in Canada almost overnight.

The threat of an injunction barring RIM from operating in the U.S. is now undermining the BlackBerry phenomenon. Consulting firm Gartner has advised clients not to deploy new “mission-critical” BlackBerry systems until the patent dispute has been resolved.

“RIM is being held at ransom”

A solution could prove costly for RIM. To keep its U.S. business, it may have to pay NTP up to $1 billion (U.S.) – more than double the value of a tentative settlement reached this spring that fell apart. Both parties are reportedly talking through a mediator. Gardan Enterprise Software Research is expecting a new settlement deal “before year end.”

RIM, which has asked the U.S. Patent Office to strike down NTP’s claims, is being “held at ransom,” says Barry Richards, an analyst at Paradigm Capital in Toronto. The company’s stock price has fallen about 21 per cent this year. “This is causing RIM and its investors a lot of discomfort.” 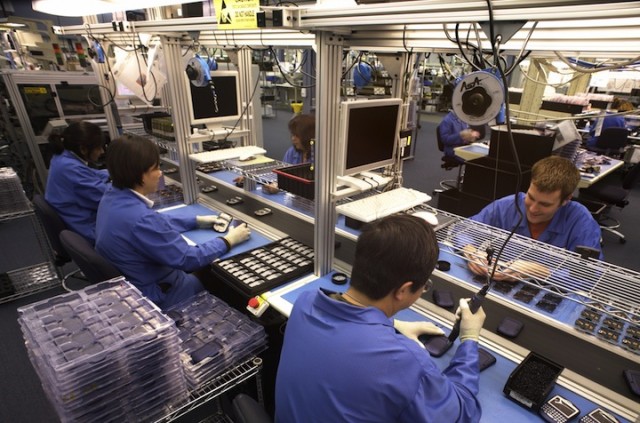 Not to mention BlackBerry customers. A shutdown would be little short of a calamity for the estimated 3 million subscribers south of the border. The U.S. Department of Justice has petitioned the court to keep the service running for government employees. Among its users are staffers at the White House, the Pentagon and Congress.

Those who have become used to RIM’s push e-mail service – in which messages are instantly forwarded, or ‘pushed’, to the wireless device – almost invariably say they cannot go back to regular e-mail. Having access to messages on the go is so addictive that the handheld has been nicknamed ‘CrackBerry.’

“It allows you to keep your finger on the pulse of your organization,” says Daniel Pinsky, a network security analyst with the Ontario government. “In my field, getting information in a timely manner is critical, and RIM’s push technology takes care of that better than any other.”

That might be about to change. Large multinational competitors in the mobile phone and software sectors are eager to break RIM’s hold on the wireless e-mail market. Even if RIM withstands the patent challenge, it is facing a torrent of new competition from Nokia, Motorola and Microsoft, among others.

Nokia, the largest mobile phone maker in the world, recently acquired Intellisync, one of RIM’s competitors on the software side. In the first half of next year, it will roll out Nokia Business Centre, a push e-mail solution aimed at the enterprise market, a RIM stronghold.

Software giant Microsoft is about to launch Windows Mobile 5.0 with push technology. It has teamed up with Palm, maker of BlackBerry’s nearest rival, the Treo. A Treo with Windows Mobile will be available in 2006.

“RIM is facing a steep challenge,” says Geoff Blaber, mobile communications analyst with IDC in London. “BlackBerry has come to define push e-mail in North America and in Europe. Quite how strong that brand equity will be as people see that other solutions can provide a similar service, remains to be seen.” 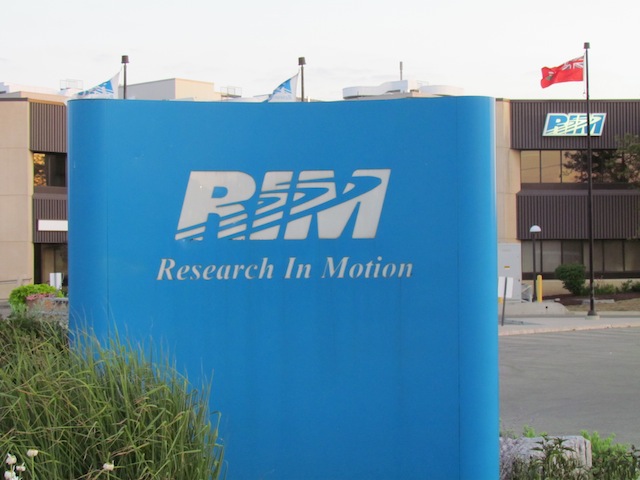 Headquarters of BlackBerry maker Research in Motion in Waterloo, Ontario.

To make matters worse for RIM, some of its competitors are allying themselves with NTP. Last week, mobile e-mail firm Visto signed a licensing agreement with the patent firm. Nokia and Good Technology, another RIM rival, have similar deals.

But despite the mounting legal and competitive woes, some observers are not ready to bet against RIM just yet.

“It’s not easy to do everything RIM does,” says Richards of Paradigm Capital. “You can’t just throw 50 engineers together and say ‘go to it’. There have been many products that have crashed. I can’t give the competition the benefit of the doubt.”

According to Eggberry, RIM is uniquely positioned to succeed in the crossover area between the fixed and mobile communication sectors. “We’ve been in this industry for many years,” she says, pointing to the company’s long history of refining the devices and the software platform. “We have a huge amount of credibility.”

RIM is focused on new applications for the BlackBerry beyond e-mail, she adds. For instance, policemen can have access criminal records through BlackBerries while they’re out on patrol. “This is not just about e-mail, it’s about access to information from anywhere,” Eggberry says. “Our business has just started.”