He is just a regular guy, Maher Arar. As he waits his turn at the sandwich counter in the cafeteria, the 35-year old Canadian chats about the weather and soccer, and about Montreal, the city he emigrated to from Syria at age 17 with his parents. He learned English and French and studied at university to become a computer engineer. He met his wife, Monia Mazigh, an immigrant from Tunisia with a post-doctoral degree in finance. The couple, practising Muslims, moved to Ottawa and now have two children.

But what has happened to Arar since the fall of 2002 is anything but regular. On a stopover at New York’s JFK airport to change planes on a return trip from Tunisia to Canada, he was taken aside and interrogated about his life in Ottawa, his work in the computer sector and his acquaintances. The FBI showed up, and Arar was taken to a detention center in Brooklyn. Twelve days later, he was deported under cover of night, without any kind of process. Not to Canada, but to Syria.

For almost a year, he was held as a suspected terrorist in a military prison in Damascus, in an underground cell he calls “the grave”: a dark space measuring about 3 feet wide, 6 feet long and 7 feet high. In the ceiling, there was a grid that rats walked over, he says. There was a smell of cat pee, insects were crawling, and fellow inmates could be heard screaming. There was no bed. He had no idea what was awaiting him and, in his own words, was “mentally destroyed.” 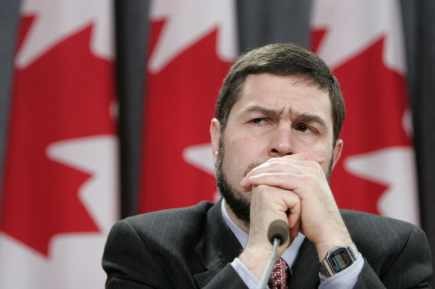 Maher Arar is running a spirited campaign in Canada to clear his name.

Arar also says he was physically tortured. He was beaten with electricity cables, struck and pummelled by hand. The beatings left red spots and bruises for weeks. Syria denies that Arar was tortured, but according to Alex Neve, head of Amnesty International Canada who interviewed Arar extensively, Arar’s story is consistent with the organization’s information about torture practices in Syria. The techniques are used to avoid leaving permanent scars.

The torturers got what they were looking for: Arar confessed to having attended an Al-Qaeda training camp in Afghanistan. It was a false confession, he says, forced out of him under extreme duress. “As a human being, you can only resist until a certain point,” he says. “I would have confessed anything to live like a human being again.”

After almost a year, Arar was unexpectedly released, for reasons that he can only speculate about, just like those of his detention. Perhaps even more unusual is that Arar did not leave it at that. After his release, he refused to hide away in anonymity. Back in Canada, looking pale and gaunt, he began to wage a fierce battle to clear his name. Because, says the soft-spoken stay-at-home dad, “I am not a terrorist.”

That fact is widely accepted. Arar is seen in Canada as an innocent fellow citizen whose fundamental human rights were violated in an unlawful deportation to a country that practices torture. Helped by supporters, including Amnesty International, Arar managed to persuade the Canadian government to establish a public inquiry into his case. Arar accuses the Canadian police and Canadian spy agency CSIS of involvement in his deportation.

For more than eighteen months, Justice Dennis O’Connor examined Arar’s case, and the role Canadian authorities played in his fate at the hands of Syrian torturers. More than 80 Canadian diplomats, policemen, spies and lawyers have given testimony to paint a picture of misunderstandings, incompetence and naïveté about America’s war on terror. Last month, the hearings were completed.

Little is known about the original suspicions against Arar, as he was never formally charged with any crime. CSIS was watching him because he knew two other men who were also under surveillance: Abdullah Almalki and Ahmad El Maati, both Canadians of Syrian origin. And, like Arar, both ended up in detention in Syria on suspicion of involvement in an Al-Qaeda cell in Canada.

Arar and his supporters think that his interrogation was “outsourced” to Syria to get him to talk. “Just look at what happened there,” he says, referring to his treatment. “The Syrians weren’t interested in me. Most of their questions concentrated on my life in Canada and the United States. They were doing contract work. Did the Canadians and the Americans think I had information about Almalki?”

A coalition of 18 organizations supporting Arar suspects a secret collaboration between CSIS and Syria, comparable with the American practice of “extraordinary rendition,” in which terror suspects are remanded into the custody of countries that practice torture. Canadian detainees were asked questions in Syria “that could only have come from Canadian investigators and which, it can reasonably be inferred, were to provide answers to further a Canadian investigation,” said the coalition, which includes Amnesty.

Canada denies involvement in the decision to send Arar to Syria. That call was made by the U.S. alone, crown attorneys say. The Americans maintain that they sent Arar to Syria based on intelligence obtained from Canada. The inquiry has not turned up any concrete evidence that Canada was involved in Arar’s deportation to Syria.

Canadian authorities have, however, acknowledged that they informed the U.S. that they were watching Arar. According to Mike Cabana of the RCMP, such intelligence was supplied to the U.S. after September 11, without any conditions on how it was used. “Old safeguards no longer applied.” A colleague testified that he had let the U.S. know that he did not have enough evidence to keep Arar detained, thinking that might speed up Arar’s return to Canada. Instead, it may have prompted the Americans to send him to Syria. 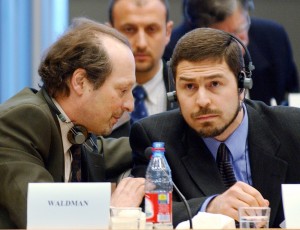 Maher Arar with Lorne Waldman, one of his attorneys.

More damaging for Canada was testimony about how the Canadian authorities responded when Arar was in Syrian hands. It has turned out that CSIS agents visited Syria shortly after Arar’s detention. Also, it was revealed that the Canadian ambassador in Damascus at the time forwarded the results of Arar’s interrogation to Canada. There are no signs that the diplomat raised questions about the way in which the information was obtained.

Canada is therefore “complicit” in Arar’s abuse, says Marlys Edwardh, one of his attorneys. Financial compensation from the Canadian government would be appropriate, added her colleague, Lorne Waldman. “Arar is a Canadian citizen, a husband, a father of two young children, an engineer with a promising career whose life was dramatically and irrevocably changed due to circumstances over which he had no control.”

Crown attorneys have acknowledged that what happened to Arar is “completely unacceptable,” but they argue that Canada is not responsible. “What happened to him was the result of events beyond the control of Canadian authorities.”

The final report of the inquiry will render a verdict next spring. The Canadian daily newspaper The Globe and Mail has already written in an editorial that “blunders and naïveté are to be preferred over deliberate complicity in torture; in any event, it is clear that Canada’s hands are not clean.”

Arar has mixed feelings. He has been heartened by the support of the Canadian population. “Canadians are not prepared to give up their civil liberties for the illusion of national security,” he says. But he also feels frustrated. He has not yet been able to find a job since his return, and his nightmare has been replayed during the inquiry. “It’s very tough,” he says. “I’m being brought back to my detention in Syria. I can hear the screams of other men being tortured.” 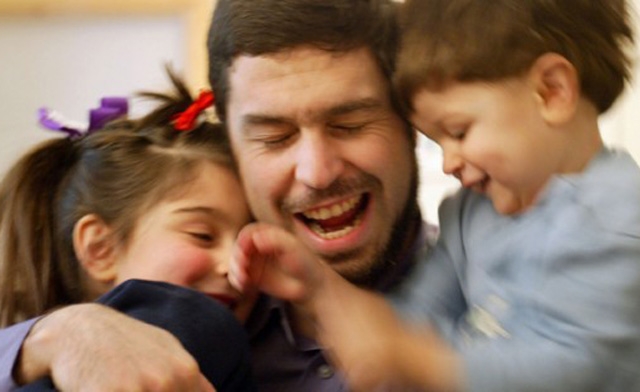 Maher Arar with his two children.

One Response to Deported to a country using torture