Canada does not want to overdramatize attack

After a week with two deadly attacks on Canadian soldiers in uniform by domestic perpetrators, Canada is carefully taking stock. Many don’t want their country to change. “We’re certainly hoping that our government and our parliament remain accessible.”

Together with a friend, Ottawa resident Patricia Roth has come to the National War Memorial in the Canadian capital, where a soldier was shot and killed this week by a gunman who then stormed into Parliament. In silence, they pause in front of the monument, where many flowers have been laid.

“We want to pay our respects for such a tragic loss of a young soldier,” says Roth. “We have had tragedies in Canada before, but this is confronting us with the advent of radicalization. Ottawa is a vibrant capital with events attracting thousands of people. We’re certainly hoping that our government and our Parliament will remain accessible.” 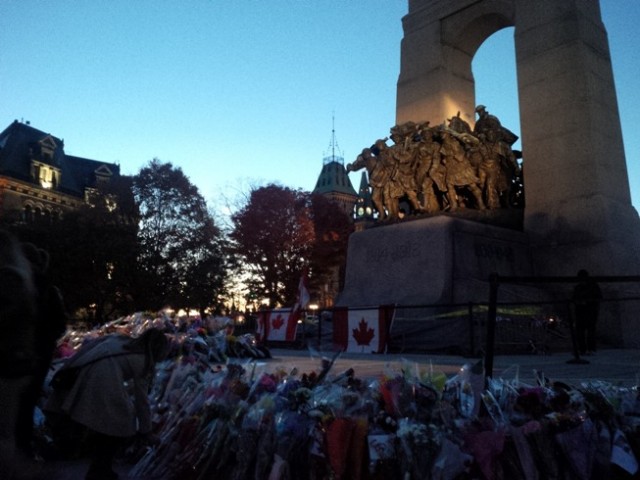 Flowers at the National War Memorial in Ottawa, in honour of Corporal Nathan Cirillo, who died this week in an attack.

At the end of a week that saw two attacks on Canadian soldiers in uniform by domestic perpetrators, possibly with jihadist motives, and dozens of shots fired in the corridors of Parliament, Canada is carefully taking stock. A debate about domestic jihadists, which until this week was not at the top of the political agenda, has taken on new urgency. But has the country been substantially changed by the attacks?

Many say they hope it hasn’t. “We all feel very proud of our democracy and our freedoms here, and we’re not going to allow ourselves to be defined by an act of violence,” said Peggy Nash, an MP with the official opposition. She walked with some caucus colleagues from Parliament to the War Memorial – just down the street, without security, as is common in Ottawa, a capital characterized by an informal atmosphere.

“We all feel very proud of our democracy and our freedoms”

Like many of her fellow MPs, Nash was locked down in the Parliament building all day on Wednesday, a “frightening” experience. But she warns against rushing to judgment in response to the attacks, and wants to keep low-key traditions alive – the popular weekly yoga session on Parliament Hill during the summer months, for example. “We’re a country that is very free and open, our parliament is very open. And I think we feel strongly that should not change.”

Still, it’s not all business as usual in Ottawa. Parliament Hill has been closed to the public since the gunman, 32-year-old Michael Zehaf-Bibeau, rushed into the Centre Block with a hunting rifle, making it within meters of the caucus rooms of the governing Conservatives and the NDP, before he was shot dead. Streets in the vicinity are still cordoned off with fences and police cruisers. Flags are at half mast. 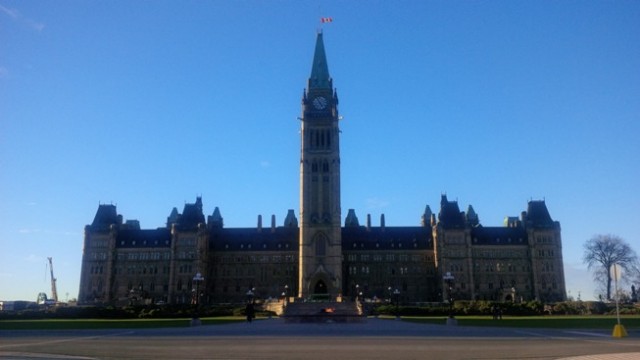 The flag on the Peace Tower of Canada’s Parliament is at half mast following this week’s attack.

On Monday, a soldier was killed in an attack in Quebec, when a radicalized man ran him over with a car. Although no direct link has been found between the two attackers, both were socially isolated converts to Islam. Possibly, the Ottawa attack was an impulsive copycat action.

Reason enough for the big U.S. television networks to come to Ottawa this week and report in depth about the ‘attack on Canada’, a country on edge in the crosshairs of terrorists. Canadians, however, are reluctant to overly dramatize the situation. They cherish their tolerant and diverse society, and are less inclined to make grand pronouncements or see the world in terms of epic battles. 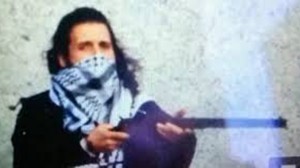 It is questionable if Ottawa will remain unchanged after this week’s attacks, described as acts of terrorism by Prime Minister Stephen Harper. His Conservative government wants to adopt tougher measures to take on domestic terrorists and jihadists – including greater powers for police and intelligence agencies to keep an eye on suspects. Zehaf-Bibeau was not on an intelligence watchlist of about 90 alleged jihadists. There is no doubt that security at the Parliament buildings will be scrutinized.

“Whether or not we are going to fundamentally change, a lot of that has to do with whether the nature of [the attack] is going to prove to be part of a more systemic, sustained threat to our security,” said political analyst Bruce Anderson on CBC television. “I don’t think there’s anywhere near enough evidence to decide that now, it will only be known over time.” 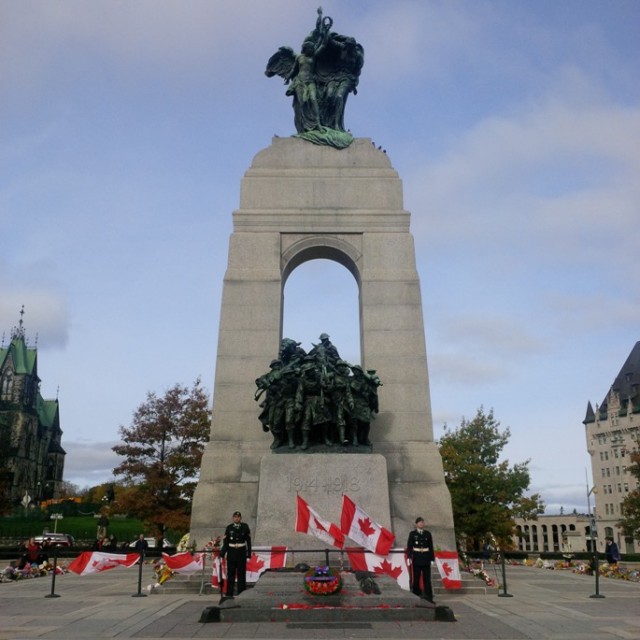 Two soldiers stand on guard at the National War Memorial in Ottawa.

Corporal Nathan Cirillo, who died this week in an attack on the National War Memorial in Ottawa, was photographed a week ago with a tourist, as shown in this widely shared tweet that was posted shortly after his death:

On Sunday, we asked a very handsome guard for a picture with my friend visiting from Cali – RIP Nathan Cirillo pic.twitter.com/q80EZ6nwmo