Correspondent Frank Kuin > Ontario > Toronto > ‘My country is turning me into a killer’: U.S. Army deserters in Toronto

‘My country is turning me into a killer’: U.S. Army deserters in Toronto

American soldiers who refuse to serve in Iraq have sought asylum in Canada. In Toronto, the ‘war resisters’ are welcomed with open arms. The city has a proud history as a haven for conscientious objectors going back to the Vietnam War. “Canadians are ready to support us.”

Darrell Anderson is far from where he should be. The 22-year-old U.S. soldier was supposed to serve in Iraq on his second tour of duty in the war after a Christmas vacation in his home state of Kentucky. Instead, he stands in snow and freezing cold in front of Grossman’s Tavern, a blues bar in downtown Toronto. The pub was once a hotbed of protests against the war in Vietnam.

Until two weeks ago, Anderson didn’t know a soul in Canada. He had never been there. Now, he wants to stay here for the rest of his life. He will never be able to return to the United States and visit his family – at least not without consequences, now that he has walked away from the U.S. army without permission.

As a deserter, he could face a punishment in the U.S. ranging from a few years in prison to, in theory, the death penalty. Because such prosecution is contrary to his conviction that he was sent to Iraq under false pretenses, he has come to Canada as a refugee.

“I refuse to kill innocent people,” says Anderson in the Tavern, while a blues band is playing Bob Marley’s No Woman No Cry. Last year on his first tour of duty in Iraq, he declined to shoot at a car with a family that was in his path, he says. He was given a reprimand.

“My country is making me something I’m not: a killer of innocent people,” says Anderson, who joined the army in 2003 because of the promise of education and an opportunity to make something of his life. “I joined the army to defend my country, and I was ready to go to war, but not to fight an unjust war that is for nothing but money.” 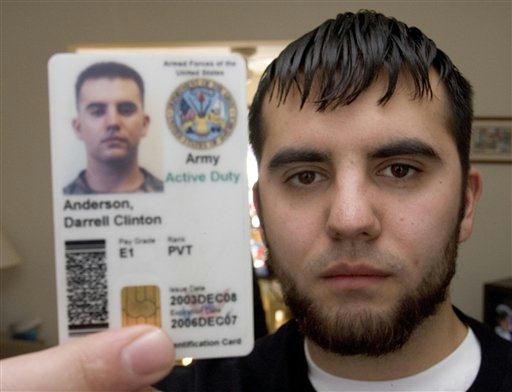 Anderson is one of a small group of American troops, 10 in total, who have sought refuge in Canada to avoid being sent to Iraq – and evade prosecution for it in their homeland, which they consider unjust. Since there is no freedom of movement between the two countries, the war resisters, as they describe themselves, hope to be recognized as refugees and be allowed to stay.

There is no precedent. An application for asylum by one of Anderson’s fellow soldiers, 26-year-old Jeremy Hinzman, serves as a test case. An immigration panel will rule on Hinzman’s request soon. Whatever the outcome, the deserters will be able to stay in Canada for the time being, pending lengthy appeal procedures.

Authorities in the U.S. have expressed their displeasure about the desertions, a conspicuous sign of deteriorating morale among the troops in Iraq. The runaways receive a lot of media attention in the U.S. – not a boost for the U.S. army, which loses about 5,000 people annually and has trouble attracting new recruits.

Canada has rich tradition of taking in U.S. draft dodgers and deserters

“The men in Canada have an obligation to fulfill their military contracts and do their duty,” said Lt.-Col. Joe Richard, a Pentagon spokesman. “If and when they return to this country, they will be prosecuted.”

Canada, however, has a rich tradition of taking in U.S. draft dodgers and deserters. During the Vietnam War, an estimated 55,000 men came to the northern neighbour. Many stayed and some are now part of the War Resisters Support Campaign, a group that helps the current deserters. One of them is Jeffry House, a lawyer who escaped conscription in 1970 by coming to Canada. He represents the new generation at their hearings.

“At that time, it was much easier to come,” says House. “Prime Minister Pierre Trudeau had said in 1969 that Canada should be a haven from militarism and that resisters were welcome here. Once he had said that, you could just come and apply as an immigrant. It was generally understood that you shouldn’t have to go to jail if you did not want to go to Vietnam.”

There is no such understanding or political declaration now, although the fact that the current Canadian government has withheld its support from the war in Iraq helps, according to House. “It would be unjust for Canada to say: we don’t support the war in Iraq, but Jeremy Hinzman and others should go to jail because they take the same position.” 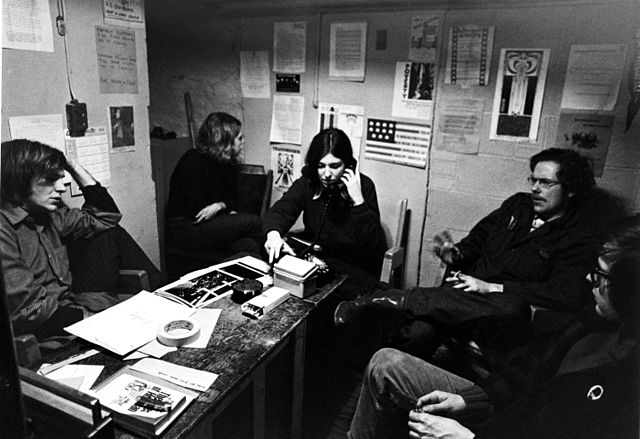 Draft-age Americans receive council during the Vietnam War era in Toronto in 1967.

Legally, the case of the deserters is more complicated. To be recognized as refugees, they must demonstrate that their conscience did not allow them to be involved in human rights violations in Iraq, and that they would be unjustly prosecuted in the U.S. for their refusal to participate. “We have to show that it’s prosecution to be forced to fight in Iraq or go to jail,” says House.

Experts say they have a shot. “In law, I think they have a decent case,” says Audrey Macklin, an expert on immigration and citizenship law as well as international human rights law at the University of Toronto. Conscientious objectors from other countries, such as Iran, have been recognized as refugees in Canada for similar considerations, she explains. “Many cases have succeeded on that basis.”

But the cases of Hinzman and the other American are more sensitive in Canada, Macklin adds. “Politically, it’s obviously a controversial case. There is a kind of resistance to seeing the U.S. as a country that might commit, condone or otherwise be complicit in violations of human rights and humanitarian law. So it may well be that they are held to a higher standard of proof than people from other countries.”

Another crucial challenge is posed by the biggest difference between the Vietnam era and now: there is no conscription in the U.S. For that reason, some media have responded negatively to the arrival of the deserters. In an editorial, the National Post newspaper wrote about Hinzman that “joining the U.S. army is not the same as a job at The Gap. It is a long term commitment, something he knew damn well when he went in.”

“There is no official draft, but there is a back door draft”

The war resisters argue that they had little choice because joining the army is one of the few opportunities young people from economically depressed areas have to get an education and find employment. “There is no official draft, but there is a back door draft,” says ex-marine David Sanders, who has been in Toronto for more than a year.

“My town is not a rich people’s town,” says the 20-year-old. “I could not afford to go to college. I wanted to get out of there, I joined the Navy just to be able to go to college. They’re kind of forcing you to volunteer, that’s the way I see it. That way, they’re letting the poor ones do the dirty work.”

He acknowledges that the absence of conscription complicates his case, but he still believes he has a good chance. “Jeffry is a good lawyer,” he says.

Meanwhile, he speaks at anti-war gatherings. He’s starting to get used to the Canadian winter. “I have been a little homesick, but I know I have made the right choice,” says Sanders. “I do not agree with what’s going on in Iraq. Most Canadians don’t agree with the war either, and they are ready to support us.”

Governor-General Adrienne Clarkson on the Canadian Dream In Holland, Canadians are seen as liberators
Share

One Response to ‘My country is turning me into a killer’: U.S. Army deserters in Toronto