Canadian Muslims with marital problems or other civil disputes will soon be able to seek arbitration by Islamic mediators according to the principles of Sharia, or Islamic law. Canadian judges will enforce binding verdicts by such arbitrators, provided their rulings are in accordance with Canadian laws and principles of justice, such as equality between men and women. 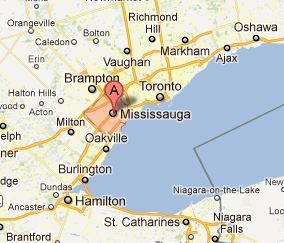 An arbitration court for the Muslim community of Ontario has been formally incorporated, says Syed Mumtaz Ali, a retired Islamic lawyer in Mississauga behind the initiative. Starting this month, the Islamic Institute of Civil Justice is ready to resolve disputes within the Muslim community in a culturally sensitive way, he says.

Critics have slammed the initiative, saying Sharia should have no place in Canada. According to opponents, the use of Islamic law goes too far in a multicultural society — even in Canada, where multiculturalism is generally celebrated and no big problems exist about issues such as the wearing of religious garments.

But according to the founder of the Sharia tribunal, “everything is in place.” Mumtaz Ali, an expert in Islamic law and head of the Canadian Association of Muslims, says that the initiative formalizes non-binding arbitration of marital disputes and inheritance cases by imams that already happens on an informal basis. “We don’t have accommodation yet to set up our office and do our work, but we are in the business of mediation and arbitration right away.” 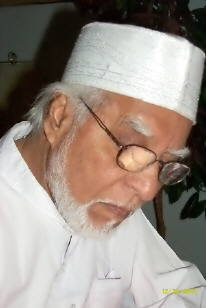 The Islamic Institute of Civil Justice, which will only handle civil cases when all parties agree to having Sharia applied, fits in with a general trend to ease the burden on the overloaded Canadian justice system. Cases are often settled before they get to court. A divorce case can be handled faster and cheaper by an arbitrator; the judge only has to ratify the outcome. Among Catholics and Jews, it is not unusual to involve a priest or a rabbi in such cases, says Don Short, an expert on so-called ‘alternative dispute resolution’ in Canada.

“The Arbitration Act says that parties can decide voluntarily to submit their disputes to arbitration by a third party with expertise in a certain area, ” says Short. “It used to be that the courts said: you can’t do that. But the courts have become too crowded and arbitration is now acceptable, provided that the process is in accordance with Canadian law.”

For that reason, the proposed application of Sharia has led to fierce criticism. Opponents point out that certain elements of Sharia, like inequality of men and women in divorce and inheritance, cannot be reconciled with basic principles of justice in a Western democracy.

“Many Canadian Muslims fled their homelands to be free of oppressive regimes whose laws are open to often extreme and usually gender-biased interpretation,” wrote the Calgary Herald in an editorial. “Setting up a similar system here threatens to undermine the equality they, as Canadian citizens, should enjoy.” A letter writer in the Edmonton Journal called the initiative “a first step towards legal apartheid.”

“If the tribunal is biased against women, nobody will go to it”

That is nonsense, says Irfan Syed, chairman of the Association of Muslim Lawyers in Toronto. He believes the concerns are exaggerated. “People forget that there are issues where it is important to understand the cultural context, ” he says. “Most judges in Canada are male, white and belong to the majority faith. How do you explain the cultural context of an immigrant minority faith group, especially if they’re seeking to enforce a contract or an agreement based on a religious obligation?”

The two main examples of cases in that realm are divorce cases and disputes over inheritances. According to Sharia, a larger portion of assets can be awarded to male parties, because they are responsible for parents and brothers or sisters. “In a divorce, it may be found that under Islamic law, the woman is given a quarter or a third instead of half,” says Syed. “Is that so outrageous if the reasoning of the arbitrator is that the man is also supporting his parents and unmarried sisters?” 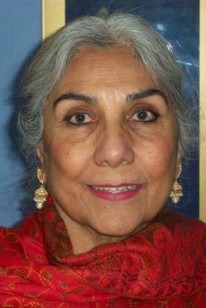 Yes it is, says Alia Hogben, chair of the Canadian Council of Muslim Women and one of the strongest opponents of the Islamic Institute for Civil Justice. “A Canadian woman would go to court and probably get half of her husband’s pension in a divorce,” she says. “Why should a Muslim woman not receive that if she went to the Sharia court?”

Proponents of the arbitration initiative emphasize that both parties in a dispute participate voluntarily in the process, and that women are free to go to a mainstream judge instead. But Hogben doesn’t buy that argument. “A majority of Muslim women are religious,” she says. “So if it is being presented as a religious duty to let the case be arbitrated according to Sharia, we’re concerned that women will be persuaded.”

According to Mohamed Elmasry, president of the Canadian Islamic Congress, the arbitration tribunal deserves a chance, because it can save the community money, time and aggravation in the resolution of disputes. “If people perceive that the tribunal is biased against women, or does a mediocre, sloppy job, nobody will go to it.”

Hogben finds it unnecessary to try. “Why should we bring Sharia to Canada? Canadian law is very close to the principles of Islam: social justice, equality and fairness.” According to her, the initiative seeks to “abuse” the Canadian model of multiculturalism. “The law should be above any cultural ideas that people bring here. We are living in Canada as Canadian Muslims and we adhere to the law of the land.”

One Response to Sharia in Canada