The Liberal Party of Canada won a resounding victory in yesterday’s general election. Its youthful leader, Justin Trudeau, is single-handedly reviving Canadian idealism. “We beat fear with hope,” he said during his victory speech.

Justin Trudeau, who was overwhelmingly elected Canada’s new Prime Minister yesterday, has been famous in his country his entire life. The 43-year-old, charismatic Liberal was born at the residence of Canada’s Prime Minister in Ottawa, as the oldest son of then-Prime Minister Pierre Elliott Trudeau.

Soon, Trudeau will be able to move back into the home where he spent his early years until 1984, now as Prime Minister with his own young family. His Liberal Party won an unexpectedly resounding victory over Prime Minister Stephen Harper’s Conservatives, who have governed Canada for almost 10 years. 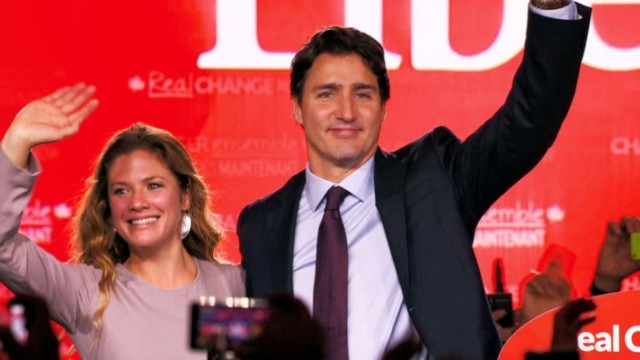 Justin Trudeau and his wife, Sophie Grégoire, after his victory speech in Montreal.

The Liberals won almost 40 per cent of the vote, translating into 184 seats in the House of Commons in Ottawa – a huge gain of 148 seats and more than enough for an absolute majority in the 338-seat Parliament. The Conservatives were reduced to 99 seats, losing their majority. Harper is stepping down as party leader. The social-democratic New Democratic Party (NDP) fell from being the largest opposition party to third place, with 44 seats. The separatist Bloc Québécois took 10 seats, the Green Party won 1.

“Tonight, Canada is becoming the country it was before”

With the victory of Trudeau, who began the campaign as the underdog, Canada officially has a political dynasty, somewhat comparable to the Kennedy’s in the United States: the Trudeau name is considered by many to be synonymous with an open, liberal and progressive Canada. Voters who have been looking forward to the end of the neoconservative Harper era, are hoping Trudeau will revive a more idealistic vision of the country, after 10 lean years.

“Tonight, Canada is becoming the country it was before,” Trudeau said during his victory speech in Montreal. He has already promised to play a constructive role at the international climate conference in Paris at the end of the year – in contrast to Harper’s hostility. Under the Harper government, Canada withdrew from the Kyoto Protocol on reducing greenhouse gas emissions. 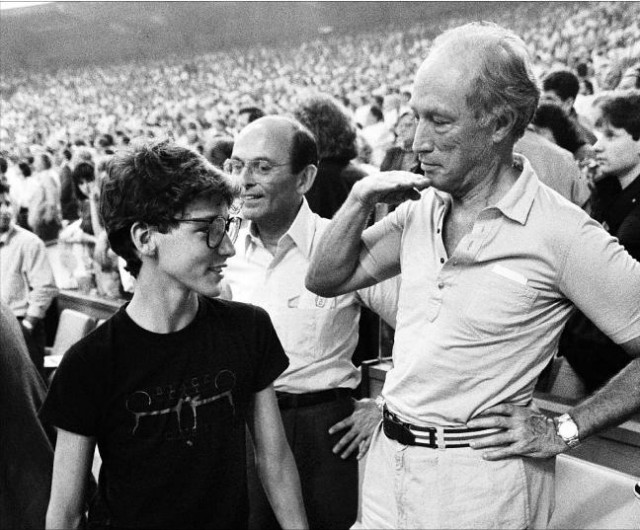 Because of his famous name, Trudeau seemed destined to follow in the footsteps of his legendary father, who died in 2000. Many consider Pierre Trudeau, who served as Prime Minister from 1968 to 1984 (with a brief interruption), as the architect of modern Canadian society. He brought in official bilingualism and multiculturalism, and at his initiative, an enlightened Charter of Rights and Freedoms was added to the Canadian Constitution. It has a major impact on Canadian law.

Just how Justin Trudeau will follow those towering accomplishments is an open question, because he has little managerial experience. Trudeau worked as a teacher before entering politics. Since his election as party leader in 2013, his opponents have dismissed him as a lightweight who looks good but needs adult supervision. The Conservatives have berated him in attack ads on TV, using the slogan ‘Just Not Ready’.

Canadians, however, were willing to give Trudeau’s ‘sunny ways’ the benefit of the doubt over Harper’s dour government. For more than two months, he ran a flawless campaign, far exceeding the low expectations of his performance. Like a superstar, he attracted large crowds to his rallies – invoking memories of ‘Trudeaumania’ in 1968, when his father rose to become head of government.

Justin Trudeau is a modern politician, who lets himself be pictured with his young followers for selfies. While the elder Trudeau brought intellectual heft to his leadership, Justin Trudeau connects with voters on a more emotional level, based on an Obama-like message of positivism. “We beat fear with hope,” he said last night. “Canadians have voted for change, real change.”