Canadian authorities want the Netherlands to extradite a 35-year-old Dutchman who has been accused of child luring and criminal harassment in the case of Canadian teenager Amanda Todd. The suspect, who has been held since January, has been charged with five crimes in Canada, including extortion and possession of child pornography. 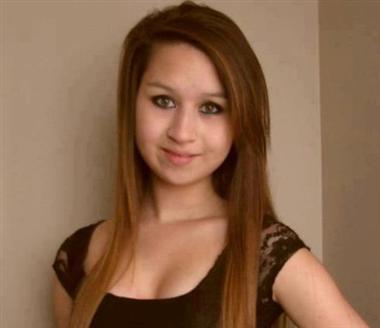 The Dutchman, known as Aydin C., made his first court appearance this week in Amsterdam. He is alleged to have extorted and intimidated Todd and other underage girls online. Todd committed suicide in 2012 at the age of 15, after she was caught up in a web of blackmail and harassment over a topless photo of herself circulating on the Internet.

The criminal justice branch of British Columbia (B.C.) has asked the Canadian Department of Justice to submit an extradition request to the Netherlands, to have the suspect tried in Canada. It is unclear how long the extradition process would take.

The defendant has been indicted in the Netherlands for nine offenses. He is alleged to have extorted dozens of victims on the Internet with sexually explicit photos also in the United Kingdom and the United States.

The case of Amanda Todd attracted international attention because of a video she posted on YouTube five weeks before her death. In the video, which has been viewed millions of times, she silently told her story with cue cards on which she had written about her experiences.

She was persuaded by an anonymous chat partner to lift her shirt in front of her webcam and expose herself. The chat partner – presumably the Dutch suspect – captured the image and distributed it through social media, including Facebook. The incident became known in Todd’s home town of Port Coquitlam, and she was driven to despair by bullying at school and ongoing harassment by the stalker.

After Todd’s suicide, Canadian police stepped up the investigation into her case. In January, the suspect was arrested near Tilburg, in the southern part of the Netherlands. According to Inspector Paulette Freill of the Coquitlam RCMP, who led the investigation, intensive international cooperation led to the arrest. She did not say whether Canadian or Dutch investigators tracked down the suspect.

Amanda’s mother Carol Todd welcomed the arrest, which is big news in Canada. “I’ve always hoped there would be something that came out of it”, said Todd, who has started a campaign against ‘cyberbulling’.

Christian van Dijk, lawyer of the accused, is awaiting the Canadian extradition request. He will fight extradition of his client, he says. The suspect wants to be tried in the Netherlands.