Since the crushing defeat of Pauline Marois and the Parti Québécois in Monday’s provincial election, many have been wondering if Quebec’s sovereignty movement is in permanent decline. To interpret the result, it may be more useful to also take voting patterns in Quebec’s previous general election into account.

Since the Parti Québécois suffered a stunning defeat in Monday’s provincial election, many have been asking: did Quebec voters reject independence? Is sovereignty dead?

I think it’s the wrong question. As many observers have noted, there will always be a certain level of support for the idea in Quebec. The province has its own unique cultural identity, and nothing about that changed on Monday.

It seems to me the key to what happened in the election may lie in something more mundane. Aside from the decline in support for the PQ, there is another pattern, perhaps more telling: Quebec voters have been tossing out leaders who are closely associated with the overheated outbursts we tend to have in this province.

Eighteen months ago, Jean Charest was booted after fuelling the protracted student uproar. Within a year, Quebecers were engaged in an emotional charter debate stoked by Pauline Marois. She was sent packing this week. It is worth noting that both leaders lost not just their governments, but their own seats. 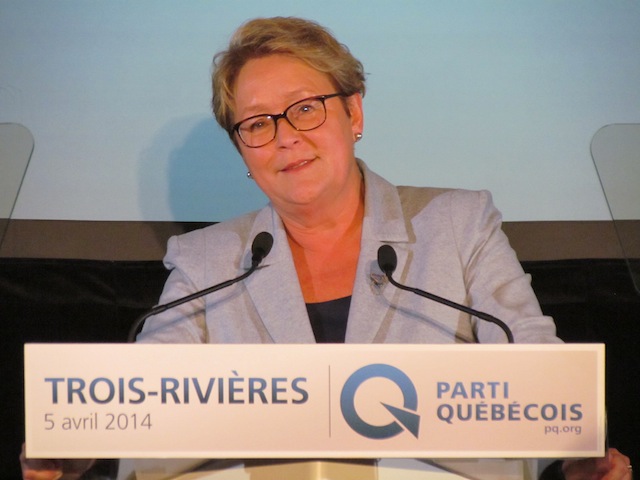 Pauline Marois during a campaign rally in Trois-Rivieres on the weekend.

People in Quebec know the drill when it comes to these debates: intensely passionate quarrels erupt, with neighbour pitted against neighbour, family member against family member, friend against friend. There are demonstrations in the streets, angry exchanges on social media, people write long arduous missives about how they too belong in Quebec, and so on. Sure, it’s lively, but these debates get heated in a hurry. As someone who grew up overseas, I can tell you: the ritual can be quite exhausting.

Could it be that voters just wanted to tone things down a bit? Is it possible that they just want a government that focuses on fixing bridges and growing the economy for a change, rather than propagating those Grand Confrontations all the time?

Philippe Couillard showed a calm demeanour during the campaign. He seems, so far at least, strangely immune from the fiery rhetoric that is such a staple of Quebec politics. He makes conciliatory noises, and doesn’t make false apologies for speaking obvious truths, such as it being a great thing that many people here speak several languages.

On the other hand, the PQ was proposing a path that would again have pitted neighbour against neighbour, family member against family member, friend against friend for years to come, with quarrels over everything from headscarves in daycare centres to the Constitution.

In my opinion, it’s that course of continuous heated battle that was rejected on Monday. It seems voters above all else wanted to de-escalate and take a breath. They just want some peace and quiet.

It’s not so much sovereignty that was voted down, but the will to have passionate confrontations about it any time soon.