Demonstrators in Quebec have discovered banging pots and pans as protest language against a perceived growth in inequality. The cacophonous movement of the casseroles is expanding to other cities in Canada and beyond.

They can be heard before you see them: demonstrators in the Canadian city of Montreal with pots, pans and ladles. In several processions of hundreds to thousands of participants, they march through the city streets every day clanging cookware to protest against cuts in social spending and for the right to make their displeasure known in this manner.

“We are standing up for our fundamental rights,” says Jean-Pierre Lord, a participant in an evening march through downtown Montreal. He’s hitting a large saucepan with a spoon as he walks. “The government wants to introduce user fees for all social services while they take care of their friends in the business world. They are trying to muzzle opposition. It is our duty to resist.” 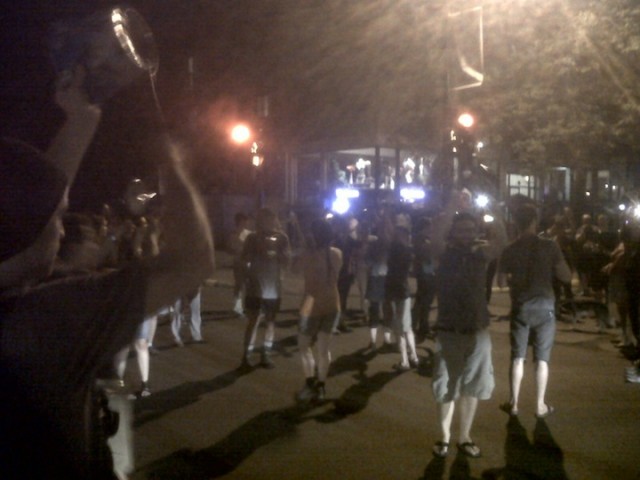 Protesters are banging pots and pans during an evening march in Montreal.

The cacophonous demonstration is part of a profound social unrest that dominates the French-speaking province of Quebec – and that has grown into the most powerful protest movement in North America since ‘Occupy’. What began three months ago as a protest by students against a proposed increase in tuition fees has developed into loud mass demonstrations against a neoliberal government, with support from activists and unions elsewhere in Canada and even abroad.

“You could say that Quebecers are currently at the vanguard of protests against what are perceived as growing inequality, social cuts, and a growing distrust of political elites,” says Luc Turgeon, a political science professor at the University of Ottawa. “There is a feeling, rightly or wrongly, of growing inequalities in North America, and a fear that the economic crisis is being used to dismantle the welfare state. And that we’re not having sufficient debate about that.” 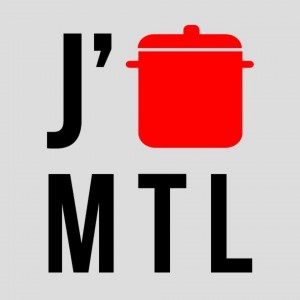 Popular illustration of the casseroles movement in Montreal.

Last week, an estimated 200,000 people turned out for a mass demonstration in the streets of Montreal. That rally was in response to an emergency law by the Quebec government to limit demonstrations over the long-simmering issue of raising tuition fees. The aim of this ‘Loi 78’ was to end riots associated with that conflict. Instead, it triggered a wave of outrage over what many consider a draconian restriction of the right to freedom of expression.

Since then, the social unrest in Quebec has entered a new phase: it has grown from a protest by students under the banner of a red square – a symbol for the fight against poverty – into a wider protest movement against Bill 78 and a nine-year incumbent government. According its opponents, the cabinet is corrupt and not governing in the interests of the population.

The pot bangers’ demands largely overlap with those of Occupy: less focus on corporate interests and budgetary discipline, and more on citizens and social services, such as education. The demonstrators are no longer just students; people of varying ages from other sectors of society have also been mobilized.

“People are standing together to say that something is wrong”

“People are standing together to say that something is wrong,” says Nicola Kinley, a participant in the march. She is walking her bicycle, banging the lid of a pan onto the handlebars. “Money is taken away from social projects, they’re assuming people won’t do anything about it,” she says. “But Montreal has come alive, thanks to this movement we’re meeting our neighbours and we realize that together we can approach the government if we want more change. We can go forward building a community.”

The idea to express dissatisfaction by banging on pots and pans is derived from protests in Latin America, serving as an expression of the Latin character of predominantly French-speaking Quebec. The habit originated in Chile in the 1970s, first under the socialist president Salvador Allende to protest against food shortages, later against the dictatorship of general Augusto Pinochet.

The Spanish term for such a protest is cacerolazo. In Quebec, the word is casseroles.

___ Viral video on the casseroles protest in Montreal:

The speed with which the casseroles have taken off as an instrument of protest is an example of the influence of social media on a movement like the one in Quebec. “Someone came up with the idea last week, and it has spread rapidly through Twitter and Facebook,” says Turgeon. “It’s fairly spontaneous and quite grassroots. It shows the power of social media in creating communities and creating opportunities for people to come together and protest against the government.”

Indeed, the pot and pan rallies have a broader appeal than the other symbol of the movement, the Red Square. While English Canada has generally responded with rejection to protests against an increase in tuition fees in a province that has the lowest tuition fees in the country, the demonstrations with the pans have struck a chord with some outside of Quebec. Activists and groups who have previously supported Occupy see it as a potential new vehicle. 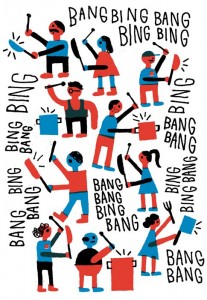 Illustration of the casseroles protest in Montreal.

“Bring pots and pans and spoons in solidarity with the uprising in Quebec against austerity policies,” reads a call for a solidarity protest in Toronto as part of a ‘Casseroles night in Canada’. Under that title, demonstrations were held in cities and towns across the country – and some U.S. cities, including New York where Occupy called on support for Montreal. Tomorrow, people will be banging pots in San Francisco. The motto of the rally in Toronto was ‘solidarity against austerity’.

Not everyone in Montreal is as proud of the colourful phenomenon, though. Months of unrest, riots and protests have taken a toll on the reputation of the city. The U.S. has issued a travel warning. With the economically important summer festivals approaching, including next weekend’s annual Formula One Grand Prix, the government of Quebec is under pressure from businesses to settle the conflict over tuition fees that started the turmoil as soon as possible. It is hoped that social peace can return.

“It has affected the reputation of Montreal,” says Ali Sam, a shopkeeper on rue Sainte-Catherine, the city’s main shopping street. “This cannot go on for another year, it’s bad for the province, bad for the city. Businesses are paying the price. I can see that there are frustrations, but in a democratic society, you have to compromise. You cannot always get everything you want.”

One Response to Banging pots and pans, Québécois vent their frustration