Milan Liska points to a large scar across the top of his nose. “Broken, kicked in by skinheads,” says the 51-year-old man of the Roma population from the northern Czech town of Liberec. “I was in the tram on my way to work last fall, a nightshift,” he says in a soft voice in Czech. “They came into the tram, dragged me outside and beat me up. Nobody helped me.”

For the Roma, or ‘gypsies’, attacks like these by extremists are an everyday threat in the Czech Republic, says Liska, a mason by trade. It was the last straw for him. Together with his wife, three children, their spouses and his grandchildren he fled by bus to England last May. There, the family of 13 took a plane to Canada. “I had heard that everybody from the Czech Republic was going to Canada,” says Liska. “I’m dreaming of a better life here.”

Liska is sitting in a modest apartment – a small living room with a kitchenette – in downtown Hamilton, an industrial city southwest of Toronto. His family was sent there from the airport after they had applied for asylum. Under Canadian law, every refugee who sets foot on Canadian soil has a right to a hearing. Liska now has to wait for one, which can take up to a year.

“I did not know anybody here and had no idea where I was going,” he says. “They said Hamilton because there is already a Roma community there.” 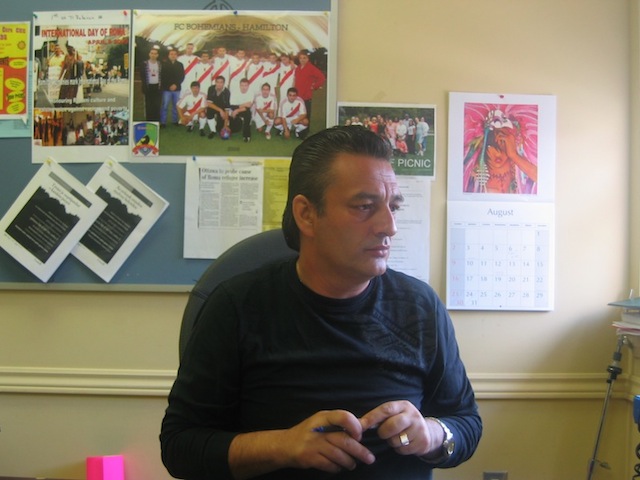 Liska and his family are among a few thousand Roma who have sought asylum in Canada over the past two years. Canada has made a name as a safe haven for the Roma; some even call it their “promised land”. Since 2007, when Canada lifted a visa requirement for travelers from the Czech Republic, like for other EU citizens, the number of asylum requests by Czech Roma has increased sharply. About 2,000 refugee claimants have arrived since 2008, up from 78 in 2007 and none in 2006. The Czech Republic climbed to seventh place on the list of countries of origin of refugees in Canada, after Mexico, Haiti and Colombia, among others.

Hamilton, a city of half a million people on Lake Ontario, is the top destination for Roma within Canada. There is a Roma community of about 3,000 people, which was founded when a similar wave came to Canada from Eastern Europe 12 years ago, says Tibor Lukacs, a social worker of Roma background who helps newcomers find their way. “It’s a good place for us,” he says. “Rents are cheaper than in Toronto, and our people can receive education here, and get a job. Nobody is saying to you: because you are Roma, we don’t want you. I never hear that.”

Lukacs, who came over from the Czech Republic with the ‘first wave’ in 1997, enumerates achievements by the Roma community in Hamilton: some work in nursing, the hospitality sector, and car repair, he says. Children go to school. There are church services and a Roma soccer team, the Hamilton Bohemians. “In 10 years, we were able to do things here that couldn’t be done in the Czech Republic in 100 years,” he says. “That’s because doors are open here that are systematically closed to us in Eastern Europe.”

For Roma still considering a move to Canada, however, that door has now also been closed. To prevent an influx of Roma refugees, Canada reinstated the visa requirement for Czechs last month. The result was immediate: the number of asylum requests by Czech Roma has dropped from 155 in the first half of July to 3 since then.

Canada’s Immigration Minister, Jason Kenney, has openly wondered if the newcomers are in reality economic migrants who jump the regular immigration queue. “It’s hard to believe that the Czech Republic is an island of persecution in Europe,” he said.

But according to the Roma in Hamilton, that is what it comes down to. “In my country, it is not good for my people,” says Victor Zupko, a 54-year-old Roma man who came to Canada 12 years ago from the Czech town of Mimon. “There is a lot of racism, you can’t get a job because of your skin colour. Here in Canada there is no racism, things are good. When you go shopping, they’re not looking if you steal. In the Czech Republic, everybody’s looking if you’re stealing something.”

Zupko is concerned about the new visa measure. “Is even Canada starting to push us away now? It would be better to give people their papers, so that they can work. That is what they want.” Zupko doesn’t work because of heart problems, he says in limited English. In Canada, he has been operated on three times. “In the Czech Republic, I would probably be dead, but here in Canada, I get health care. I feel at home.”

Zupko’s grandson Elvis helps with translation. He has just turned 8 and has face paint on. Elvis arrived last fall with his parents, Zupko’s youngest daughter and son-in-law. The son-in-law, Milan Lasab, is a white Czech man who lost his job because he was seeing a Roma woman, he says. Elvis was bullied at school. “He came home from school and asked his mother if she could wash his skin,” says Lasab. “There is extremism, and so we decided to come here.” The family is waiting for a hearing. 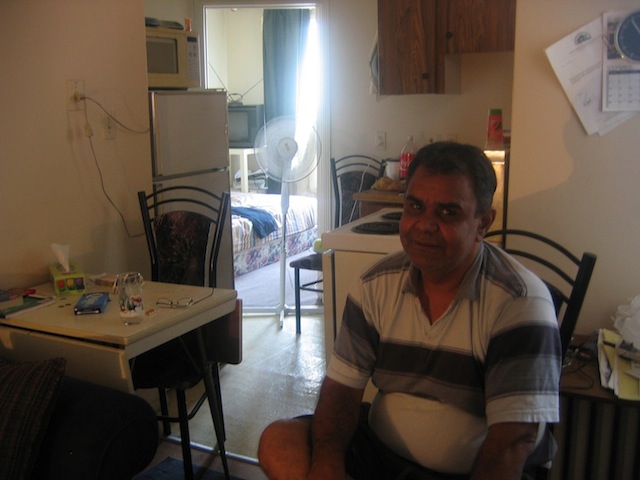 Lukacs is worried about the chances of hundreds of Roma in Canada who are awaiting an asylum ruling. He is critical of Canada’s decision to re-establish the visa requirement. “I understand that Canada can’t open its borders to millions of Roma,” he says (there are about 15 million Roma people in Europe). “But we’re talking about a few thousand, so to speak of an exodus is exaggerated.” In his view, Canada would do better to pressure the Czech Republic to protect the Roma’s human rights.

According to Rudolf Zajda, the Czech government is ashamed of the number of Roma who have fled the country to seek political asylum in Canada. It was bad for the country’s image, especially when the Czech Republic chaired the EU, he says. Zajda, an educated man of 50 who has been politically active for the Roma in the Czech Republic, fled to Canada 11 months ago from Brno. He decided to leave after he was attacked in the street. His arm was broken in the attack. He has filed an asylum application.

Zajda now sits in a tiny apartment in Hamilton. Next to a laptop computer he has a list of simple English words he is learning. Photos of his wife, who is not Roma, and three grown children are on the wall. They have stayed behind in the Czech Republic, he says; he is hoping they can join him at a later date.

“Immigration is not easy, it is not for everyone,” he says. “Everybody who comes to Canada has to work to become part of society, it doesn’t just come by itself.”

But despite the primitive conditions in which he finds himself, Zajda believes in his future in Canada. “The good thing is that you can be yourself here and do anything,” he says. “People need to learn to integrate themselves here, because they didn’t have that chance in the Czech Republic. The history of discrimination is so long in the Czech Republic that the Roma must learn to use their freedom and build self-esteem. They wake up here and realize: hey, I am free.”