The Empire State Building is set to be listed on the New York Stock Exchange. As of today, investors can buy shares in Manhattan’s iconic building. Preparing the IPO for the second-tallest structure of the city has taken almost two years.

Since 1931, the Empire State Building has dominated the skyline of New York and has been an internationally recognized symbol of the city. Today, the iconic skyscraper reaches a new milestone: it is listed on the New York Stock Exchange, following a long-awaited initial public offering.

Shares in the second-tallest building in the city are traded on Wall Street as of today as part of Empire State Realty Trust, a real estate group that includes 19 office buildings in New York and Connecticut. The group has issued 71.5 million shares at $13 each, it was announced last night. The stock symbol is ESRT. 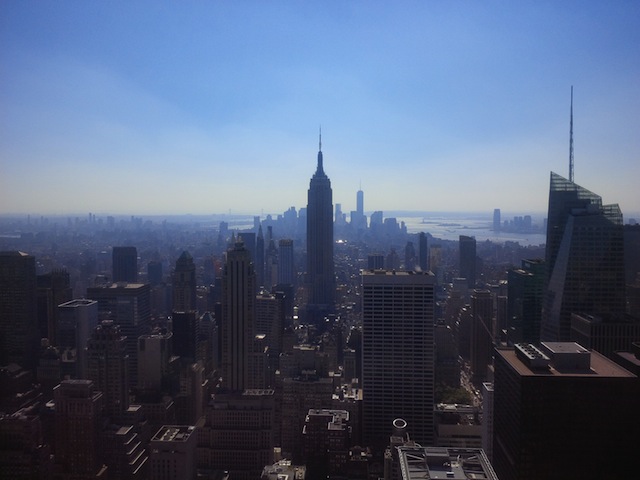 The Empire State Building in the heart of Manhattan.

The IPO, which has been nearly two years in the making, values the group at $929.5 million. Through options for an additional 10.7 million shares, the proceeds may reach $1.07 billion. It is the second-largest IPO of a Real Estate Investment Trust (REIT) in U.S. history.

“It’s a big IPO, one of the largest of a REIT in history,” says Michael Knott, analyst with Green Street Advisors. “And it’s the Empire State Building, so it gets a lot of attention. The New York office market is continuing to improve, and the public market has shown more enthusiasm for New York office stocks in recent months. But REITs trade below what the real estate is worth on Main Street. So from that standpoint, it’s not a good time to go public.”

“The New York office market is continuing to improve”

The initial share price of $13 is at the lower end of the range that the initiators of the IPO were targeting. Peter and Anthony Malkin, the father and son team heading the group, were aiming for $13 to $15. Anthony Malkin is CEO; his father is the son-in-law of Lawrence Wien, one of the major owners in the building since the 1960s. Their stake is worth $460 million.

The aim of the IPO is to simplify an extremely complex ownership structure of the Empire State Building, and to enable one of the big owners, the estate of the former co-owner Harry Helmsley, to cash out their stake. In May, the Malkins received the green light for their strategy from a majority of the current 2,800 private owners of the building, as the IPO provides greater flexibility to sell interests in the structure.

The top of the Empire State Building at dusk.

A minority of owners resisted the IPO for a long time, including through litigation, because of doubts whether the strategy would provide the best value. Some real estate developers launched a counterbid to buy the Empire State Building separately. But the Malkins stuck to the IPO plan, which they announced in November 2011. Partly due to hefty legal fees, the IPO process has cost an estimated $280 million.

For the IPO price of $13, any ordinary investor can now buy the honour to be able to call themselves a co-owner of the Empire State Building, the pride of New York City that was built during the Great Depression – on time and under budget. The Art Deco building on the corner of 34th Street and Fifth Avenue, named after the nickname of New York State, has 102 floors and a height of 381 meters, with an antenna reaching 443 meters.

“It’s an iconic real estate asset,” says Knott of Green Street Advisors. “I think that increases the appeal and its valuation that it may have to trophy-minded buyers.”

But bragging rights are not the only thing on offer. More important to most investors is the income generated by the buildings that are part of the real estate group. About 83 per cent of the floor space of these buildings is leased. That’s lower than the average in New York, but there is opportunity for growth because of the economic recovery. Demand for office space is on the rise in Midtown Manhattan, where six of the group’s buildings are located, especially among media and tech companies.

At the initiative of the Malkins, the Empire State Building is undergoing an extensive renovation worth half a billion dollars, in which the offices in the 82 year old tower are being modernized to be able to compete with newer buildings in the area. Work on about 27 floors has been completed; rents have more than doubled there. Among the high-profile companies renting office space in the building are the social network LinkedIn and cosmetics firm Coty.

However, the big money maker at the Empire State Building is its status as a major tourist attraction. Visitors pay $22 on average to go up to the 86th floor for panoramic views of New York. Last year, the building had 4.2 million visitors, bringing in $92 million in revenues, of which $71 million was profit. The skyscraper is by far the most popular view point of the city – though tourist revenues are expected to come under pressure in two years’ time, when it will face new competition from the World Trade Center. 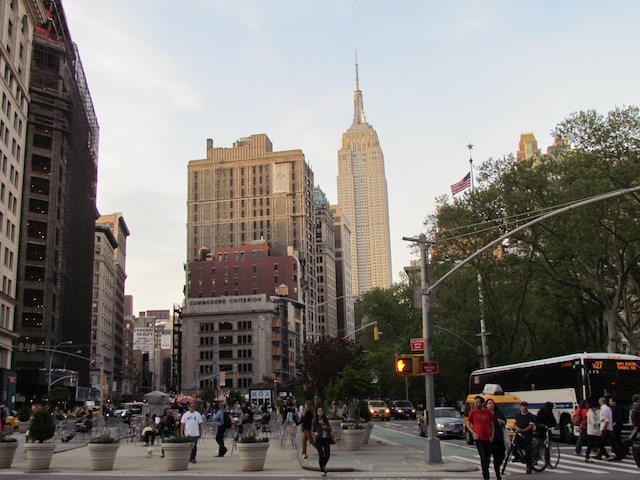 The office market in Midtown Manhattan is recovering.

Another negative, according to Knott of Green Street Advisors, is the fact that the management structure of the company remains relatively opaque, headed by a family that is not always predictable. For that reason, the IPO is not representative of the broader real estate market, or other anticipated IPOs in the sector, including a public offering by the Hilton hotel chain, he says.

“Investor reaction has been mixed, the prospect of the IPO has received a somewhat lukewarm reception,” says Knott. “There are uncertainties about the observatory and how to value the lease of the buildings. Moreover, investors don’t have a good feel for the management team. So there are quite a few quirks here that inject skepticism.”