For the first time in history, a member of the indigenous population of North America has been canonized by the Catholic church. Kateri Tekakwitha was a young Mohawk woman who lived over 300 years ago. Her admirers attribute special powers to her.

By Frank Kuin in Kahnawake

Hundreds of members of the Mohawk nation and other indigenous peoples file past a tomb in the Catholic church in Kahnawake,  an Indian reservation near Montreal. Silently, they kneel to pray at the grave of a small Mohawk woman who lived over 300 years ago and did not grow older than 24. Her name is on the tomb: Kateri Tekakwitha.

“Everybody is proud of her,” says Audrey Diabo, a resident of Kahnawake who came to the church with her elderly mother. “Ever since growing up as a kid, everything is always Kateri. She was a Mohawk and we’re going to pray to her.” 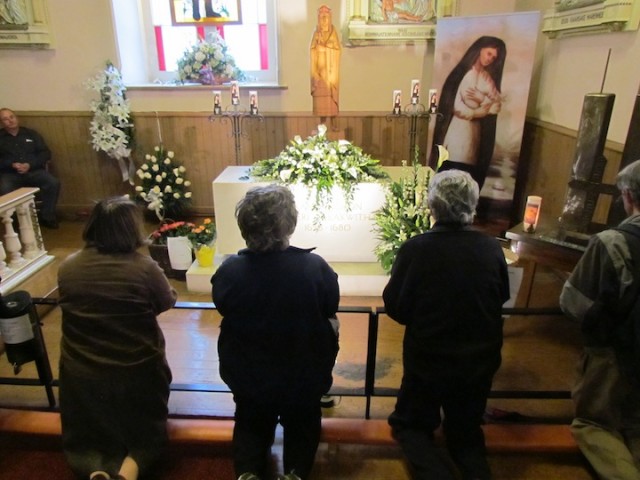 Residents of the Kahnawake reserve pray at the tomb of Kateri Tekakwitha.

The faithful are celebrating the canonization of Kateri Tekakwitha by Pope Benedict XVI at a ceremony in the Vatican – the first time in history that honour has been bestowed on a member of the North American indigenous population. Hundreds of Mohawks from Kahnawake and representatives of other indigenous groups attended the ceremony in St. Peter’s Square.

The first canonization of a Native American fits within church efforts to improve ties with indigenous peoples. Relations have been severely damaged in the past century by controversial practices such as Indian residential schools, where aboriginal children were physically and sexually abused. Church attendance has been in decline among First Nations people for decades.

According to her admirers, Kateri had the ability to perform miracles even after her death. In 2006, her healing powers were credited with curing an indigenous child on the West Coast of a deadly disease – the basis for her canonization after a long campaign that began at the end of the nineteenth century. Among Mohawks, Kateri has for centuries been a model of strength, peace and devotion.

“Everybody here knows who Kateri is, everybody respects her,” says Joe Delaronde, a spokesperson for the community. “She was someone with extreme faith, she completely devoted her life to God. Other people were inspired by that. In her own, quiet way, she became a leader for our community.”

Kateri, who is also known as ‘Lily of the Mohawks’, was born in 1656 in what is now New York state, in an area that was disputed by Dutch, English and French settlers. When she was four years old, she lost both her parents to smallpox. Kateri survived the disease, but it left scars on her face and made her partially blind. Her name means ‘she who bumps into things’. 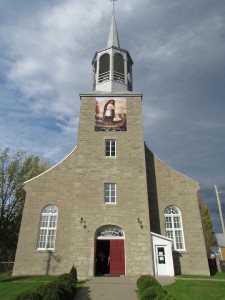 Because of her devotion to the Catholic faith, which was opposed by some, the Jesuits sent her to Kahnwake. She died there after a short life, in which she practiced her faith with physical chastisement. For instance, she walked barefoot on snow and ice. After her death, eye witnesses reported that the scars disappeared from her face – the first sign of her special powers.

In Kahnawake, Kateri is omnipresent: a school, a clinic, a community hall and even an island in the St. Lawrence River are named after her. Some community members have campaigned for her canonization for decades. Their goal came one step closer with her beatification by Pope John Paul II in 1981.

“This means a lot to Kahnawake, but it’s also a proud day for all aboriginal people in North America,” says Lloyd Phillips, one of the chiefs on the council of Kahnawake. “Kateri represents unity and hope for our community, not only for Catholics but for everyone.” 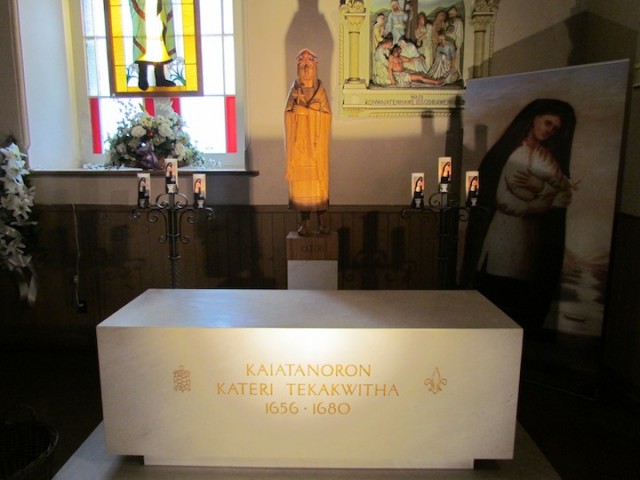 The tomb of Kateri Tekakwitha, the first Catholic saint of the North American indigenous population.