The highways of the Inuit are melting

The Inuit of northern Canada suffer the consequences of global warming first-hand. The sea ice is becoming impassable and traditional hunting areas are getting smaller. “For us, climate change is something that we live with every day.”

Mucktar Akomalik knows a thing or two about the melting of Arctic ice. The Inuit elder remembers well how much thicker the ice was when he still hunted for seals. These days, it’s only about one meter thick in June at the height of the hunting season, says the 73-year old hunter and fisher from Arctic Bay, in Canada’s North. It’s also less passable, because there are often pools of water on it.

“Hunting was easier in the 1970s,” says Akomalik in Inuktitut, the language of the Inuit. His son is translating. “Now, the ice is very poor in July. It makes transportation difficult. The warmth of the sun is stronger, it is quite hot. The snow on the hills and on the ground melts sooner. There are fewer animals in our traditional hunting grounds. Our people have to adapt to rapid changes in our world.” 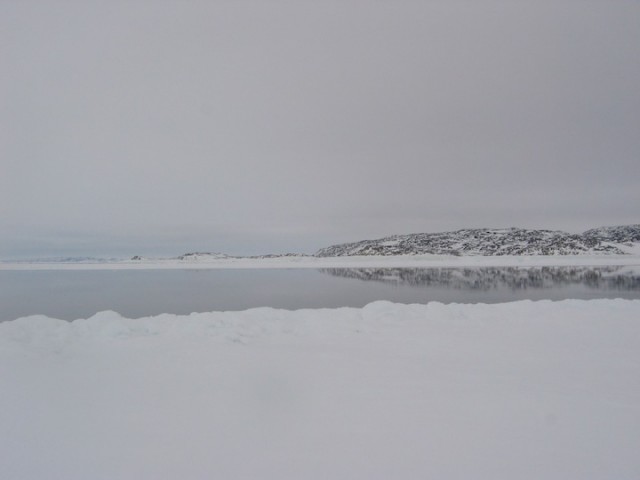 Sea ice and open water in Nunavut. In the Arctic, the effects of global warming are strongest.

Akomalik hopes that the international community will become more aware of these far-reaching consequences of global warming in the Arctic. That is the least he expects of the United Nations climate conference in Montreal, where representatives of more than 180 countries are talking about measures to combat climate change. Specifically, they are discussing what should be done after 2012, when the Kyoto Protocol expires. Kyoto is the international treaty to reduce emissions of carbon dioxide and other gases causing the global greenhouse effect.

Ideally, Canada should have organized the conference in the Arctic, said Stéphane Dion, Canada’s Environment minister and chairman of the summit. But that was not feasible for a gathering of 10,000 participants, the largest ever meeting of all signatories of the Kyoto Protocol. So representatives of the Arctic had to come to the conference instead. A large group of “eyewitnesses to climate change” from all parts of Nunavut, the autonomous territory of the Inuit, has brought perspectives from the front lines of climate change to Montreal – in addition to drum dancers and throat singers.

“Climate change is stronger in the Arctic,” Sheila Watt-Cloutier told a conference session. Watt-Cloutier is chair of the Inuit Circumpolar Conference, an organisation of indigenous peoples of Canada, the United States, Greenland and Russia. “It is not only an environmental issue, but also a social issue. It is a threat to our cultural survival as a people.”

Scientific studies support that view. In northern Canada and Alaska, the average temperature has risen by eight degrees Celcius during the past century, compared to one degree for the entire planet. According to projections, the greenhouse effect will lead to a rise of another four to seven degrees. The area covered by Arctic ice has decreased by almost 30 per cent, measured at its lowest point in September. By about the middle of this century, the Arctic is expected to be free of ice at the end of summer every year.

“If your livelihood depends on the ice, that is an incredible change that requires enormous adaptation,” says Robert Corell of the American Metereological Society. His study into the impact of global warming on the Arctic, titled Arctic Climate Impact Assessment (ACIA), took four years to complete and involves some 3,000 scientists who researched various aspects of climate change.

For instance, it was found that global warming constitutes a severe danger for polar bears, a powerful symbol of the Arctic. Polar bears hunt for seals, which they catch when they come up through holes in the ice. When the ice melts, bears have fewer opportunities to catch their prey. Less food means a lower body weight and reduced chance of survival.

According to indigenous knowledge, Mother Nature has a temperature

Few people deny that these changes are happening and that they are the result of human actions, says Corell. “The scientific proof is overwhelming.”

None of this is news to the Inuit. They have reached the same conclusion without scientific studies. Indigenous knowledge has it that Mother Nature has a temperature, and this is a sign that something is wrong.

“For us, climate change is something that we live with every day,” says Jose Kusugak, a national representative of the 45,000 Inuit in Canada. “In the Arctic, the ice is the only highway during eight months of the year. We need it to travel from one place to another.”

Kusugak was born in an igloo, he says. As a child, he only went inside to sleep; otherwise, he was always outside. “We see ourselves as part of the ecosystem. We want to be part of this discussion, not as victims, but to help find a solution.” 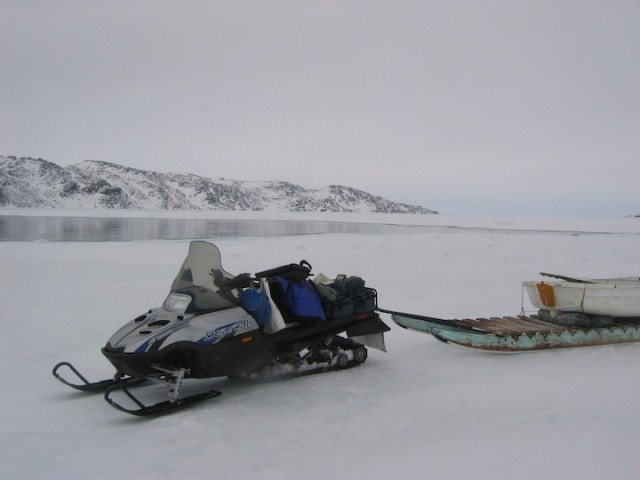 The Inuït people of northern Canada depend on sea ice for transportation to hunting areas.