Bedrocan’s medical marijuana is catching on in Canada

Canada is offering business opportunities to companies producing medical cannabis. Dutch grower Bedrocan wants to benefit by taking its products to the Canadian market. An IPO of its Canadian partner went well. “We are going to build a global cannabis brand.”

Dutch expertise in cultivating medical marijuana is now for sale on the stock exchange in Canada. Bedrocan Cannabis Corp., a new producer of medical marijuana in Toronto that was co-founded by Bedrocan in the Netherlands, was listed yesterday on the TSX Venture Exchange, a Canadian stock market for venture capital.

Bedrocan’s IPO is the third this year by a grower of medicinal cannabis in Canada, where companies are responding to a new national medical marijuana supply system. Investors are excited about the trend: the stock of Bedrocan, which is serving the burgeoning Canadian market based on Dutch experience in growing medical cannabis, almost tripled in value on the first day of trading, from $0.40 to $1.17. The other two growers with a listing, Tweed Marijuana and OrganiGram, are also on the rise.

The enthusiasm is indicative of market confidence that a pioneering Canadian model for legal distribution of medical cannabis by commercial growers will prove to be fertile soil for the corporate growth of suppliers. Health Canada expects the market for medical marijuana, which consists of tens of thousands of users, to reach a value of $1.3 billion (Canadian) in the next decade.

As of this year, Canada is the only country in the world with a national, market-driven regime for medical marijuana. Patients can order directly from commercial suppliers, through mail order, with a doctor’s prescription. The Netherlands and Israel each have a system with a government-designated grower. In the United States, medical cannabis is illegal at the federal level – even though more than 20 states, including Colorado, allow its use. 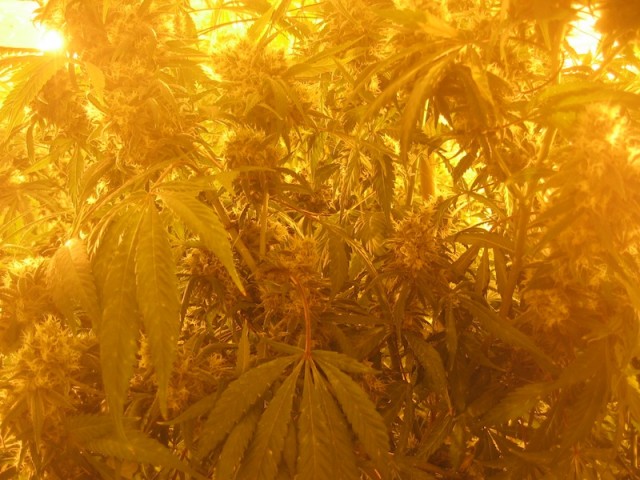 “This is a new era of looking at cannabis, where it’s looked at as something that can be regulated and sold properly,” says Marc Wayne, CEO of Bedrocan in Canada. “The capital markets are very interested in helping develop this new sector. We’re positioning Bedrocan on the medical side to work in that new industry.”

Bedrocan expects to become a leading producer on the Canadian market. The company is one of 13 growers with a license from Health Canada to produce medical cannabis. Only two of those can grow pharmaceutical-grade medicinal cannabis, with constant and predictable levels of the active ingredients of cannabis, THC (tetrahydrocannabinol) and CBD (cannabidiol). Bedrocan is one of them.

“We’re very excited that there’s a lot of interest” in the IPO, says Cam Battley, spokesman for the company in Toronto. “It says that Bedrocan is being seen as a qualitatively different kind of producer. All along, we’ve been touting the long corporate heritage of Bedrocan in the Netherlands, where we have built a reputation as a global leader in medical cannabis.”

Bedrocan, based in Veendam, has supplied medical marijuana in the Netherlands since 2003, for the treatment of symptoms of multiple sclerosis, epilepsy, arthritis and other disorders. The company also supplies five other European countries, including Germany and Italy. Since early this year, it produces cannabis for about 1,100 patients in Canada. Starting early next year, plants for the Canadian market will be grown at a new facility near Toronto.

“We will be producing exactly the same strains that are produced in Holland, in Canada”

That complex, which is still under construction, will work entirely in accordance with Bedrocan’s Dutch standards, says CEO Wayne. The Canadian partner has a licensing agreement with full access to the expertise and intellectual property of Bedrocan in the Netherlands; the head grower will come to Toronto to set up the production. “We will be producing exactly the same standardized strains that are currently produced in Holland, in Canada,” says Wayne. The Toronto-area operation will have a capacity of 4,000 kilograms of cannabis per year, and will be able to serve 10,000 patients.

Bedrocan’s interest in the Canadian market began in 2011, when the company was asked for advice by Health Canada. Canada has had court-ordered legalized use of medical marijuana since 2001, but has struggled to set up a reliable supply system. Initially, small growers were allowed to produce it, but this led to chaos and lack of quality control. Now, there is a new, more tightly regulated regime in which reputable growers should be able to flourish as viable businesses, without subsidies.

Wayne expects the transatlantic partnership to be a winning formula for both companies. “We have a strong, trusting relationship and we’re going to work together to build a global cannabis organization and brand, and offer our values and our experience as much as we can to grow the business.”

Bedrocan’s IPO was accomplished through a reverse takeover: the private company bought a small shell business that already had a stock market listing. This is a quicker way to get to the stock market than a traditional IPO. Two other medical marijuana businesses, PharmaCan and Mettrum, are also expected to go public soon.