The free trade deal between the EU and Canada is a threat to the Canadian dairy sector, farmers say. Domestic cheese makers risk being squeezed out of the market by European competitors. “This accord puts Canadian dairy farmers and cheese makers at a huge competitive disadvantage.”

Dairy farmer Peter Ruiter installs automatic milkers on the 40 cows at his farm near the Canadian capital of Ottawa. Kneeling, he attaches the devices to the animals’ udders, one by one. Milk flows through tubes and pipes to a holding tank. It will be sold on the Canadian market or processed into dairy products such as yoghurt and cheese.

“We have a wonderful dairy system in Canada that works without subsidies,” says Ruiter. He took over the farm about 20 years ago from his father, who immigrated to Canada from the Netherlands in the 1950s. “We pay for everything ourselves and it’s all reflected in the price. We know how much product consumers require, and produce just a bit more than that.”

But Ruiter fears that that national dairy system, known as supply management, is coming under pressure because of a free trade agreement Canada wants to sign with the European Union. Last week, the two sides reached an agreement in principle on a far-reaching treaty in which 98 per cent of all import duties should be abolished by 2015.

As a result of the deal, trade between Canada and the EU is projected to increase by 20 per cent, to about $26 billion euro per year. Details of the pact, the Comprehensive Economic and Trade Agreement (CETA), are still being finalized. 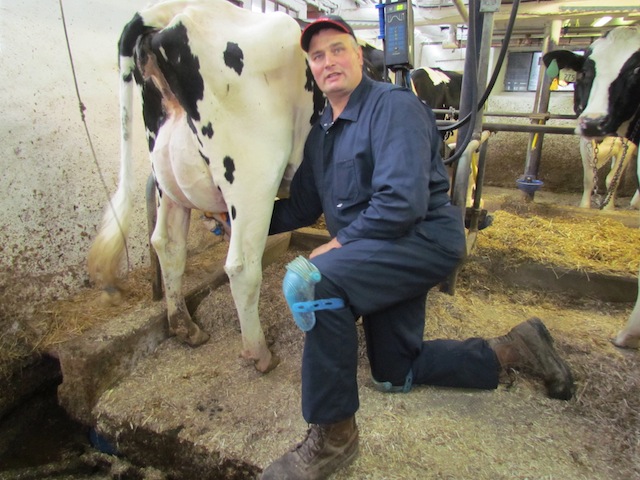 Dairy producer Peter Ruiter at work on his farm near Ottawa.

One of the major stumbling blocks during negotiations in the past four years has been European access to Canada’s protected dairy market, especially the market for cheese. The Canadian government, which has been accused of protectionism in the dairy industry, insisted on maintaining a quota for European cheese imports, but has agreed to an increase in imports from 13,000 to 30,000 tonnes per year, in a market of about 400,000 tonnes. That is an opportunity for cheese producers in France, Italy and the Netherlands.

Although it is a small part of the overall trade between the EU and Canada, the Canadian dairy sector is very upset about that concession. “I am prepared to compete with any farmer, but not with national treasuries,” says Ruiter. “The Europeans are overproducing and are looking for export markets. We produce just enough for our own market, and we would like to keep it that way.” Ruiter thinks his milk quotas will fall because of an influx of European cheese, as domestic buyers of his milk lose market share.

That sentiment is shared by many in the Canadian dairy industry, a sector that employs 46,000 people, including many Canadians of Dutch descent. According to the Canadian Dairy Farmers, artisanal cheese makers in Canada are at risk of being squeezed out of the market by competitors from Europe, who can provide high quality cheeses for lower prices. That would affect dairy farmers who could see a reduction of their supply of milk to domestic cheese producers.

“This accord puts Canadian dairy farmers and cheese makers at a huge competitive disadvantage,” says Ron Versteeg, vice president of the Canadian Dairy Farmers, who is also of Dutch descent. “Canadian cheese is not subsidized. In Europe, dairy farmers get roughly 40 per cent of their revenue through government subsidies and other support programs.” According to Versteeg, “the Europeans will be allowed to skim the cream off the Canadian dairy industry.”

One of those small-scale cheese producers is Margaret Peters, owner of Glengarry Cheesemaking in Lancaster, Ontario. She trades cheese making equipment, mostly imported from the Netherlands, and produces about 20,000 kilograms of artisanal cheese per year, primarily a Gouda-style product named ‘Lankaaster’ (a pun on the town’s name, with the Dutch word for cheese, ‘kaas’). Her aged Lankaaster recently won the top prize at an international cheese competition in England. 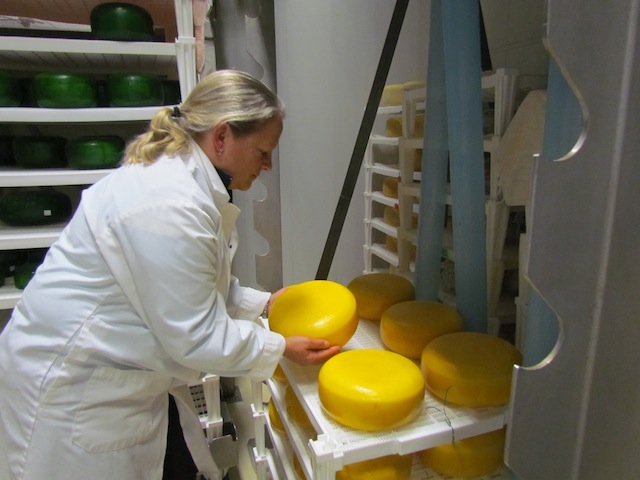 According to Peters, traditional production of good cheese in Canada is still in its infancy. “In Canada we’re still not really working with the same depth as European cheese makers,” says Peters, a daughter of Dutch immigrants. “There is a lot of tradition and skill in Europe. Moreover, raw materials like milk cost twice here what the Europeans are paying.”

Peters sees the trade agreement as a threat to the development of the sector in Canada. “To suddenly get more competition from the foremost area of cheese making in the world does set off some alarm bells,” she says. Even so, she has confidence in the future. “There is a good talent pool of cheese makers, I think we can meet the competition on quality. Just as long as it happens on a level playing field.”

Tagged with: Dutch in Canada • Trade