Canada is at the forefront of a new international trend nicknamed ‘designer immigration’. The country’s immigration system is increasingly focused on matching the supply of prospective newcomers to its own demand, particularly in the labour market. Since 1971, Canada has never attracted as many migrants as it does today.

By Frank Kuin in Winnipeg

At 9 a.m. sharp on a weekday morning in Winnipeg, the corridors of an old office building in the Canadian prairie city are full of immigrants. Newcomers from Asia, Africa and other parts of the world are flooding in from the elevators and take off their winter jackets.

Most are ‘fresh off the plane’, in the lingo of Canada’s integration sector: they’ve been in Winnipeg just four to six weeks. Eagerly, they sit down in classrooms for lessons about Canadian society – a first step to find their way in their new country.

In workshops of the settlement organization ‘Entry’, they learn about practical matters. How people greet each other. How banks and the health system work. How to apply for a job. Today, a guest lecturer gives a talk about the Canadian labour market.

“I have been here for almost a month,” says Fides Castillo, a 46-year-old woman from the Philippines with a management degree. She has come to Canada with her husband and three children, encouraged by a cousin who immigrated five years ago. “The reason we decided to come here is that there are lots of opportunities for us.” 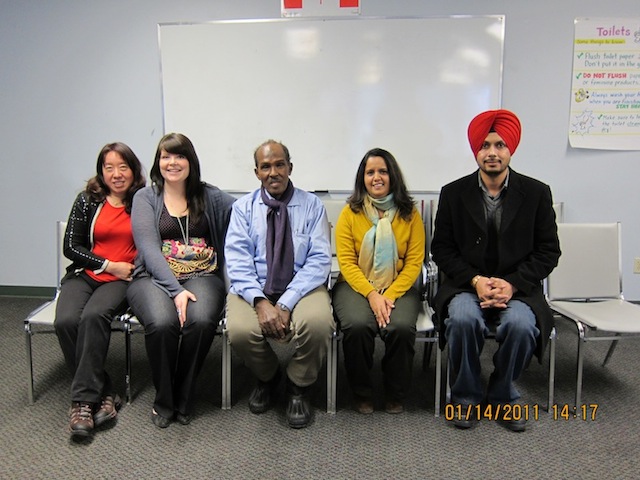 Participants in the seminars of settlement organisation ‘Entry’ in Winnipeg.

“My youngest children are already in school,” Castillo continues. “We are staying with my cousin. I hope to find a job. We have a hard time adjusting to the weather, but the people are friendly and open to all nationalities.”

Winnipeg, the capital of the province of Manitoba, is growing through immigration. About 15,000 newcomers joined the population of 1.2 million in 2010 – the highest number since 1947. The rise is associated with frustration in Manitoba – not about an influx of immigrants, but the opposite: the province used to attract too few foreigners, compared with Canada’s big multicultural cities.

Like in other parts of Canada, Manitoba now actively pursues a policy aimed at a goal few other countries have: more immigration. 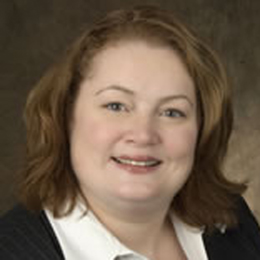 Jennifer Howard, minister of Labour and Immigration in Manitoba

“All provinces of Canada want more immigrants,” says Jennifer Howard, Manitoba’s minister of Labour and Immigration. Canada receives more than 250,000 newcomers annually, on a total population of 34 million. Immigration is a major contributor to demographic growth.

Most immigrants settle in the big cities of Toronto, Montreal and Vancouver. Winnipeg, which faces a shrinking population, also wants to benefit, says Howard. “We had to work harder to attract people.”

To achieve that, Manitoba started a trend: it began to actively recruit immigrants overseas, especially through the Internet. It established a ‘provincial nominee program’ (PNP) for immigration, whereby the province ‘nominates’ candidates to the Canadian federal government, which controls immigration and issues visas.

Prospective newcomers are evaluated for their language abilities, education and professional skills, as well as on family ties. That’s because people who have relatives in Manitoba are more likely to settle in the province permanently. It’s a chain reaction: newcomers from the Philippines, India and China settle with their families, and encourage relatives to apply as well.

Manitoba has achieved the desired result: immigration has increased tenfold in 10 years, says Fanny Levy, head of the department that processes the applications. The walls of that office are lined with filing cabinets full of folders of candidates, ordered by last name. Thirty employees from diverse backgrounds evaluate the applications.

“We are looking for people who are adaptable,” says Levy, who comes from Argentina. “This is the only way to achieve demographic growth and attract enough labour.”

The immigration process can take about three years. Gursharan Dhanoa recently arrived from India with his wife and daughter at the recommendation of his brother-in-law. He applied to Manitoba, and received his visa at the Canadian embassy in Delhi. “We’re living with my brother-in-law,” he says. “I’m learning better English, and hope to be able to work in housekeeping at a hotel.” He beams: “The first time I saw snowfall, I was very happy.”

“This is the only way to achieve demographic growth”

Although most newcomers express similar elation about being in Canada, some offer a reality check. “When I arrived here, I expected a better future, but I find it hard because the culture is different and it’s hard to adjust,” says Marilou Manipon from the Philippines. “It’s hard to find a job because we don’t have Canadian experience, and they have different qualifications.”

Still, Manipon thinks there are better opportunities in store in Canada than in the Philippines, she says. She has a degree in finance. “Hopefully I can nominate my brothers and sisters to come here.”

In the last 10 years, nomination programs have been adopted by other Canadian provinces, following Manitoba’s lead. The nomination system is the latest step in the refinement of the Canadian immigration system, a well-oiled migration machine that is increasingly focused on matching the supply of prospective newcomers to the demand in the country, especially in the labour market.

Some call it ‘designer immigration’: the emphasis is on the selection of people with skills that are needed in Canada (a quarter of all immigrants are admitted on the basis of their professional skills; another 35 per cent are their family members). Critics say Canada is ‘cherrypicking’ immigrants, attracting doctors, engineers and other educated people from developing countries where they are desperately needed. 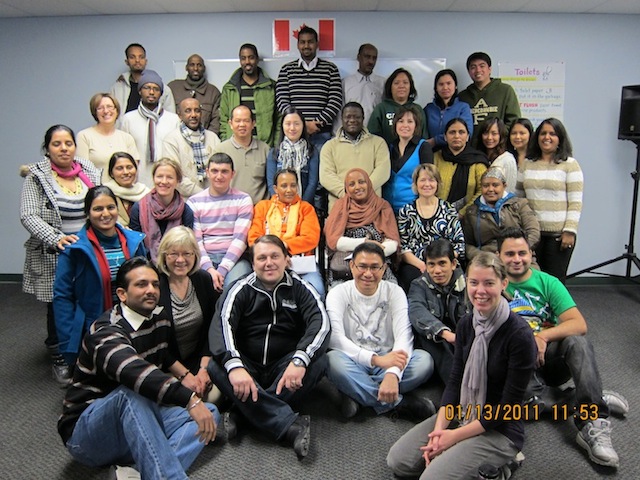 Participants of the seminars of settlement organisation ‘Entry’ in Winnipeg.

To policy makers in Canada, the approach is simply an application of tried and tested ingredients of successful integration: realistic chances of employment, the expectation that newcomers bring their families and eventually become citizens, and the presence of a network for the immigrant, consisting of settlement organizations, a community of their national background, and relatives.

“We don’t just look at the worker as someone isolated,” says Ben Rimpel of the immigration department, making a contrast with the guest worker phenomenon in Europe. “We focus on permanent immigration very strongly, and the movement of families. It’s a long-term movement of new citizens.”

After arriving in Canada, the real work begins. Although immigrants arrive with foreign credentials, their academic diplomas are often not recognized by Canadian employers. In many cases, they need additional schooling or work experience. There’s a risk they end up in a vicious circle: without Canadian experience, no job; without a job, no Canadian experience.

Organizations like Entry refer newcomers to agencies that help them find their way on the labour market. Employment Solutions for Immigrant Youth organizes training sessions for job application, and arranges work experience placements with companies, for a subsidized minimum wage.

“We try to get people connected to their field”

“We try to get people connected to their field,” says Norman Umali, an integration worker. His aim is in part to prevent qualified people from getting stuck in survival jobs, like cleaning or pizza delivery. “We make contact with many potential employers.”

Engineering firm AMPS in Winnipeg is such an employer. It has hired several newcomers, including Shirin Ghanbari, a 32-year-old electrical engineer from Iran who has been in Canada for four years.

“At first it was difficult, because I was alone and I didn’t speak English very well,” she says. “Two years ago, my parents and my sister also came here. I have taken courses to be able to work here as an engineer, and found a good job. I feel at home.”

Rita Chahal of the Chamber of Commerce says companies are open to hiring immigrants. “It’s a win-win for everyone,” she says. “Newcomers want to work, that’s the reason why they came here. Their willingness to do what it takes to succeed is strong, no one is going to rely on things falling from the sky.” 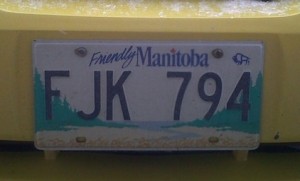 Two of her associates are newcomers: Reygel Robles arrived in 2009 from the Philippines, Mani Raza immigrated from Pakistan last year. Both mention the motto on cars in the province, ‘Friendly Manitoba’. “It’s really true,” says Raza.

Winnipeg is on its way to becoming a multicultural city on the prairie, following the path of larger Canadian cities with its own Filipino newspapers and Indian festivals.

Despite international trends, no one seems to mind. There is no graffiti against foreigners, no Canadian anti-immigration party. All federal parties, including the governing Conservatives, actively pursue immigrants’ votes. The Canadian multicultural model – a ‘mosaic’ in which newcomers are expected to participate fully in society, while maintaining their cultural identity if they wish – is not in question.

“We’ve all grown up with the multicultural identity of Canada,” says Minister Howard. “It is seen as something to celebrate. I talk to people from all generations who live in all parts of this province, and I have not experienced a backlash against immigration that you have seen in other countries. There is a broad consensus that we need to attract more people.”

Twice as many legal immigrants as the U.S.

Compared with the US, Canada accepts twice as many legal immigrants in proportion to the total population. About 20 per cent of the Canadian population was born abroad. In Toronto, a city of about 5.5 million inhabitants that attracts about 100,000 newcomers each year, almost half the population was born outside of Canada.

25.4% economic immigrants (admitted on the basis of professional skills)