The world is facing a shortage of rare earth metals, resources needed in small quantities to make hybrid cars, electronics and other products. China, the world’s main supplier, is keeping most of its production for itself. In California, Molycorp sees an opportunity to breathe new life into an old mine.

Wearing cowboy boots, Rocky Smith stands at the edge of a vast open pit mine surrounded by the bare hills in the Mojave Desert in California. “We’re standing on a bastnaesite deposit,” says Smith, referring to the mineral bearing so-called rare earth metals. 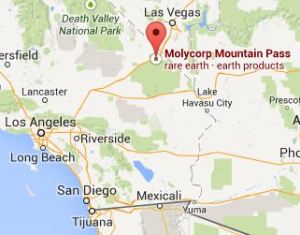 Smith, the new boss of a disused mine with dilapidated facilities owned by mining company Molycorp Minerals, is leading a project to restart production at Mountain Pass, a proven source of sought-after rare earths such as lanthanum, cerium and neodymium, after almost a decade of abandonment.

“We are going to start blasting soon, for the first time since 2002,” says Smith, a mining veteran with experience in gold and uranium, while workers at the bottom of the pit are pumping out water. “We will make the pit wider and deeper so we can extract minerals again starting in 2011.”

Molycorp is at the forefront of an international race to supply rare earth metals to the world market. On the north side of the mine, a new crusher will be built for the rocks that are to be blasted from the golden red layers of the pit, says Smith. The company has raised hundreds of millions of dollars through an IPO for the construction of a new processing plant, where the ore will be turned into raw material for industrial customers in sectors ranging from the automotive industry to makers of consumer electronics. 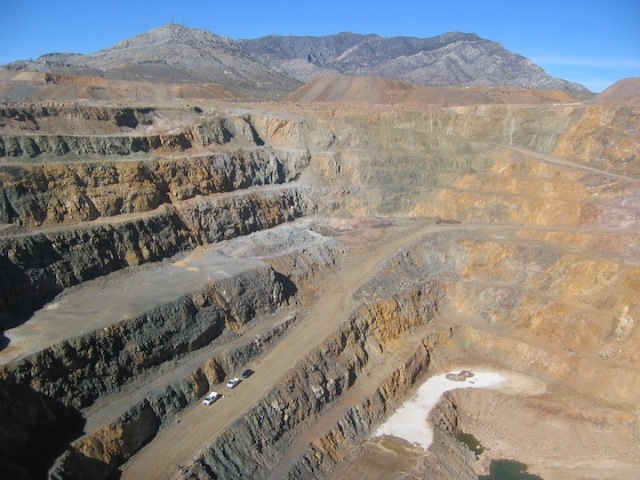 Molycorp’s open pit mine for the extraction of rare earth minerals at  Mountain Pass in California.

With its plans, Molycorp is on track to become a crucial, Western supplier of rare earth metals within two years. These raw materials, which in small quantities are essential to make smartphones, hybrid cars and wind turbines, among other products, are in short supply internationally. Extraction takes place almost exclusively in China. Chinese producers have flooded the market with cheap supply, driving out other suppliers. But China is keeping an increasing share of its production for its own industry, reducing deliveries to foreign customers – even though overall demand is on the rise.

According to estimates by the Industrial Minerals Company of Australia (IMCOA), global demand for rare earths will exceed supply at some point between now and 2014, causing possible shortages for customers who do not have enough in stock. Although the needs are relatively small in absolute terms – this year, only about 125,000 tons of rare earths are needed worldwide – the consequences of running out could be serious in some sectors. For instance, hybrid cars cannot be made without small, powerful magnets using rare earths such as neodymium and dysprosium. 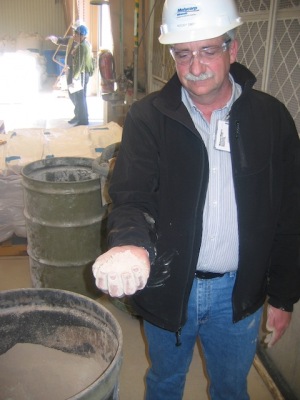 As a result, a race has started among mining companies in Western countries to develop alternative sources and break the Chinese monopoly. Molycorp, which owns a mine that has previously been used, is in a strong position to meet part of the demand. The company, which has resumed a small production of 3,000 tons on an annual basis using ore that was mined before 2002, says it will be able to supply 20,000 tons by the end of 2012, and to double that in the following years. Potential customers in the U.S., Asia and Europe are already lining up.

“Our strategy is to become a meaningful player in the rare earth industry again,”  said Mark Smith, CEO of Molycorp. “You never need very much of these materials, but you absolutely need them. They’re all coming from China now; wouldn’t it be great to have them come from right here in the U.S.?”

Investors have confidence in Molycorp’s ability to supply rare earth metals in reasonably short order; the stock price has risen sharply, to $43. Analysts are also optimistic. “It’s nice to know that in the past, it was relatively easy to break out the rare earths from the mineral at Mountain Pass,” says Jon Hykawy of Byron Capital Markets in Toronto. “That tells you that it should be relatively easy to do the same thing today.”

Jack Lifton of Technology Metals Research in Detroit predicts that Molycorp and Australian mining company Lynas will be the world’s two main suppliers of rare earths outside of China. Lynas is building a mine in Australia and a processing plant in Malaysia that may start production late next year. In addition, the Canadian company Great Western Minerals is working on a mine in South Africa, which should be active within a few years. Other projects are still at the exploration stage, with finds in Alaska and remote parts of Australia and Canada.

“In some of the heavies, you’re not going to have enough supply”

However, Molycorp and the other leading suppliers have one major drawback: their reserves contain disproportionately large amounts of so-called light rare earths such as lanthanum, cerium and neodymium. The proportion of heavy rare earths like dysprosium and terbium in their resources are extremely low. Analysts predict that production at Molycorp and Lynas will go a long way in meeting demand for light rare earths – but they will be unable to solve a looming shortage of heavy rare earth metals on the world market. 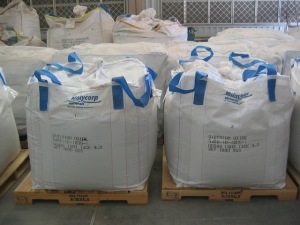 Now the need for heavy rare earth metals makes up only a fraction of total demand. Hykawy estimates the total worldwide demand for dysprosium, which is used for magnets, at 1,400 tons per year, and the need for terbium at only 250 tons. Molycorp and Lynas can together produce at most a few dozen tons of these heavy rare earths, he says; Great Western Minerals possibly 70 to 80 tons. So unless China suddenly comes up with heavy rare earths, the world will still be facing a shortage in the coming years. There’s a “supply-demand imbalance,” says Hykawy. “In some of the heavies, you’re not going to have enough supply.”

There are known reserves with higher levels of heavy rare earths, but they are in remote areas such as Alaska, Greenland, the Northwest Territories and Northern Quebec in Canada. It would cost hundreds of millions of dollars to build mines in those areas to extract those resources and process them. Given the low demand, that seems economically unfeasible, even as prices of rare earths have been rising significantly.

Molycorp, which at Mountain Pass has a mine with all logistical facilities, including a highway, water and electricity, is not worried. “The ore we extract here is of high grade,” says Rocky Smith. “And our ability to mine it is very high as well. That is why we are one of the best sources of rare earths in the world.” 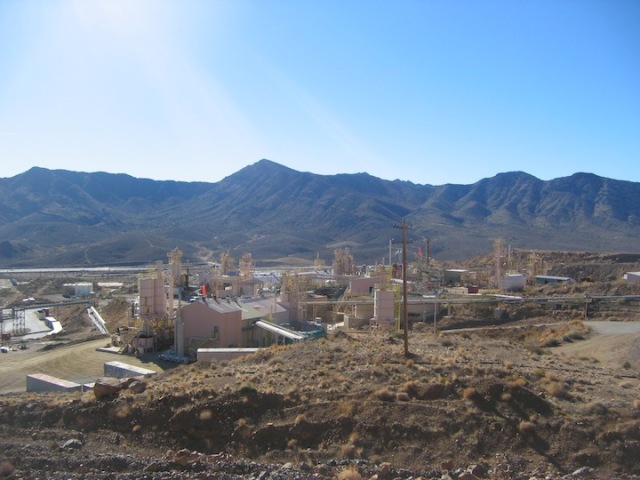 Molycorp’s installations near its Mountain Pass mine.

Depending on the definition, there are 14 to 16 rare earth metals, in two categories: light and heavy. Due to their magnetic and heat-resistant properties, they are used in small quantities in the high tech industry, for instance in electric motors, electronics, compact fluorescent lamps and wind turbines.

Despite their name, the metals are not really rare: even the scarcest element, lutetium, is 200 times as common on earth as gold. However, the elements are rarely concentrated, and therefore it is difficult to extract them. Every known reserve of rare earths in the world contains all elements, although proportions differ per reserve.

A human cockfight in an octagonal cage Every year, four months into the deep freeze
Share