In Guantanamo Bay since childhood, Khadr may soon return to Canada

Omar Khadr, the Canadian ‘child of Guantanamo Bay’, once seemed a magnificent catch in the war on terrorism. But his detention has been problematic for both the U.S. and Canada. There is international criticism against a military trial for a minor. Canada can help by requesting Khadr’s extradition – but it does not want him back.

Omar Khadr is arguably the most famous of the 210 remaining detainees at the American prison for terrorists in Guantanamo Bay. Nicknamed ‘Guantanamo’s child’, the 23-year-old former child soldier has been incarcerated at the U.S. naval base in Cuba since age 15, pending a military trial for the murder of a U.S. Army medic in Afghanistan.

Khadr is something of a star inmate. The Canadian-born son of Ahmed Said Khadr, an Egyptian-Canadian confidante of Osama bin Laden, is the only remaining prisoner with Western citizenship. He was seen crying as a teenager in the only video footage of an interrogation at the base that has ever been made public. And he is the youngest prisoner; he came of age at Guantanamo. 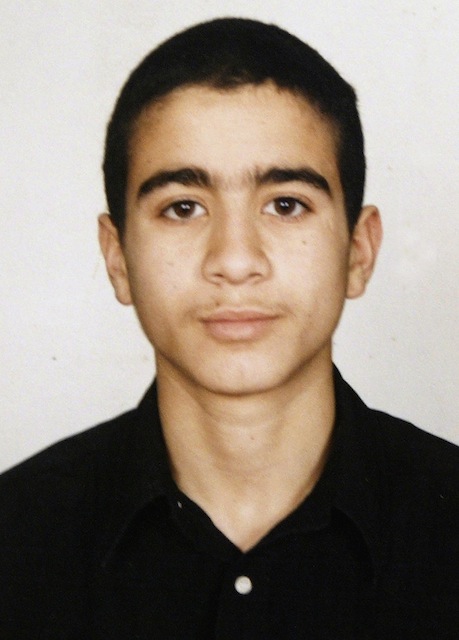 Omar Khadr as a child, before he ended up in Guantanamo Bay (family photo).

Now, the U.S. and Canada are pondering how to handle Khadr’s controversial case. The Supreme Court of Canada is weighing whether the Canadian government should bring Khadr back home. At the same time, U.S. lawyers are considering if Khadr, whose military trial has been suspended by President Barack Obama, should be tried in a civilian court on American soil.

The Khadr case has been an irritant for both countries. Although he seemed a great catch in the early days of the ‘war on terror’, heavy criticism has since been levelled at the treatment of a minor. Khadr was a child soldier in the war against terrorism, say observers and human rights organizations Amnesty International and Human Rights Watch. He was a victim of the circumstances and should have been treated accordingly.

Instead, the young Khadr was singled out in the Bush era as a leading candidate for prosecution. U.S. soldiers found him badly injured in the rubble of a bombed Al-Qaeda camp in Afghanistan. As the only survivor of the bombardment, he had to have been the person who threw a hand grenade when the Americans approached, killing an army medic. The case seemed crystal clear, with a high probability of conviction.

Moreover, 15-year-old Khadr was treated as a source of intelligence. Controversial tactics were used during his interrogation, including prolonged sleep deprivation and being left in his own feces. “This kid was taken into custody at age 15 and subjected to adult conditions and interrogation literally from day one,” says William Kuebler, who was Khadr’s military lawyer at Guantanamo Bay for over two years. He calls the case “an embarrassment.” 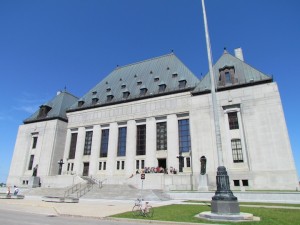 The Supreme Court of Canada in Ottawa.

According to Dennis Edney, one of Khadr’s Canadian lawyers, Khadr should be brought back to Canada to be freed and rehabilitated. The U.S. and Canada should not dirty their hands on the prosecution of a minor in the name of the ‘war on terror,’ he argues. “Obama would be the first president to try a child soldier,” he says. “As a caring society, we should not tolerate children to be in places like Guantanamo Bay.”

Edney will argue before the Supreme Court of Canada today that the Canadian government should request Khadr’s extradition. Prime Minister Stephen Harper has refused to do so for years, making Canada the only Western nation not to have repatriated its Guantanamo prisoners. Harper insists that he is letting “the judicial process take its course” – a controversial position towards Guantanamo Bay, seen my many as a legal black hole.

Harper’s refusal to intervene has been condemned twice by Canadian courts. Earlier this year, a judge ruled that Khadr’s rights under the Canadian constitution were violated by leaving him in Guantanamo. That verdict was upheld on appeal, despite the government’s argument that courts should not be allowed to prescribe foreign policy. Today, Canada’s highest court is hearing arguments in the case. If it upholds the lower court’s ruling, Harper will be forced to ask the U.S. for Khadr’s extradition. 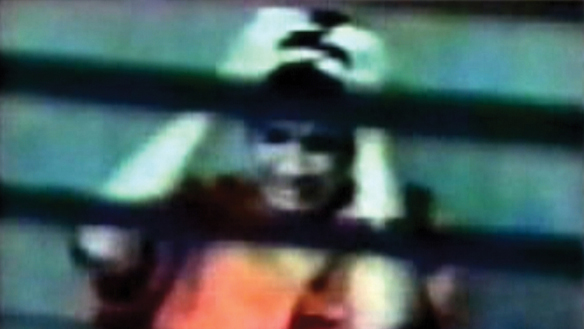 Omar Khadr during an interrogation at Guantanamo Bay.

Observers say Canada would do Obama a favour with such a request. Obama has vowed to close Guantanamo Bay, so the more prisoners he can send away, the better. Especially when the prisoner’s name is Omar Khadr. “I certainly don’t think the Obama administration wants to prosecute a child soldier for war crimes,” says Kuebler, the military lawyer.

But, he says, “the only reason there is reluctance to release him is because of the allegation that he killed a U.S. soldier. So they would be delighted if the Canadian government came along and said: we want to resolve this case. I am certain that the Obama administration would honour a request from the Canadian government to repatriate Omar.”

So why has Harper not called? First and foremost, it has to do with the fact that the Khadr family has a bad name in Canada (see ‘Omar Khadr has a notorious family’, below). In addition, Khadr could probably not be prosecuted in his home country. The case against a terror suspect who was a minor at the time of the alleged crime is too shaky for a civil trial – especially since reliable information has come to light that Khadr may not have thrown the hand grenade. Leaked defense documents have revealed that another fighter was still alive when the Americans entered the bombed Al-Qaeda camp. 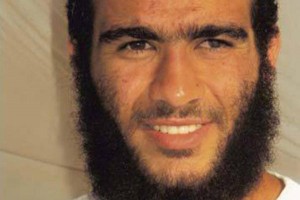 “If anybody threw a hand grenade, it was that guy,” says Kuebler, referring to the Al-Qaeda fighter who was shot and killed. In photographs of the scene at the bombed base, Omar Khadr can be seen buried under rubble and bleeding from a chest wound. “When you look at the photos, it is very clear that Omar Khadr did not throw any hand grenade,” says Kuebler. “These are fabricated charges.”

Add the fact that Khadr’s own statements on the case, which have not been disclosed, were obtained through military interrogation of a minor and no Canadian judge would touch his case, argues Edney.

“Our judicial system would throw the case out in seconds. There is no evidence of him ever throwing a hand grenade at anybody, contrary to six years of lies by the American government.” According to Edney, Khadr’s extradition to Canada would mean that “he comes home and he’s free”.

The question is whether that would be a problem. Is Omar Khadr, the notorious child terrorist of Guantanamo Bay, a danger to society? Testimony of his lawyers points to the contrary. “He’s just a young, kind man who was picked up in the wrong place at the wrong time”, says Edney. “He’s got no anger in him.”

Edney has a rehabilitation plan for Khadr, drawn up in cooperation with medical and social organizations that would see Khadr placed in a foster home. “He’s welcome to come to my house any time.”

Kuebler also believes Khadr can be rehabilitated. “He is a good and decent young man who was made to do things and go places as a child that he didn’t have a choice about. He has been subjected to this horrible trauma by his own family. But despite everything he has been through, he has not radicalized. He is eager for a chance in life. Hopefully he will get it soon, when the U.S. and Canadian governments finally do the right thing.” 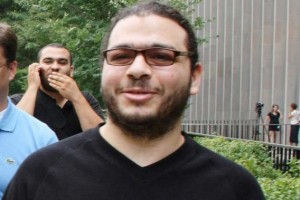 Omar Khadr has a notorious family

Toronto’s Khadr family is known as the ‘Canadian Al-Qaeda family’, in the words of Omar’s brother Abdurahman. At the initiative of patriarch Ahmed Said Khadr, a financier for Osama bin Laden, the family settled in Pakistan and Afghanistan in the 1990s.

The Khadr sons, including Omar, received terrorist training. Video footage found in the rubble of the camp where he was staying shows him learning how to wire landmines. Another brother, Abdullah, is awaiting trial in Toronto for alleged arms trafficking on behalf of Al-Qaeda.

Their mother, Maha Elsamnah, and sister Zaynab praised Omar for the death of the American soldier during a Canadian TV interview. Khadr Sr. was killed in a shootout in Pakistan in 2003.