Correspondent Frank Kuin > Economy > Plenty of oil in the Arctic, but Shell must wait

Plenty of oil in the Arctic, but Shell must wait

Shell sees great potential in oil drilling off the north coast of Alaska. The energy company has invested billions of dollars in plans to search for oil in the region. But the permit process is taking years. Opponents fearing an oil spill in the ecologically fragile Arctic fight each permit.

Time is running out for Shell in the Arctic. For years, the energy company has been planning to begin exploratory drilling off the coast of Alaska – an inhospitable region that contains an estimated quarter of the Arctic oil and gas reserves. Shell will soon find out if it is allowed to begin drilling in the area north of the North American continent.

Shell has invested nearly $4 billion in the last six years in rights and plans to look for oil in the Beaufort and Chukchi Seas, in the U.S. part of the Arctic. But the company, a leader in the push for oil exploration off the Alaska coast, still lacks the complete set of permits to be able to start working in the fragile environment of the region.

Shell hopes to be able to drill three exploratory wells in the Chukchi Sea and two in the Beaufort Sea next year, during the ice-free season from July to October. This year, the company had to cancel its plans; now, it is about to decide whether it will make logistical preparations for the drilling season of 2012. The decision depends on the consent of various departments – and appeals against permits by opponents. 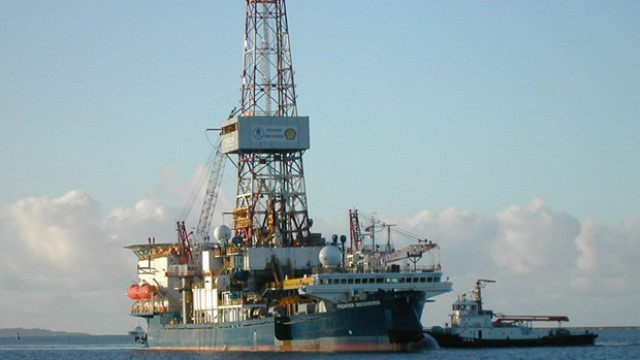 Shell’s drilling vessel Discoverer, which the oil major wants to use for exploratory drilling off the coast of Alaska (foto Shell / AP).

Just last week, critics of Shell’s plans, notably environmental organizations and indigenous peoples, filed a suit against an emissions permit for the ice-resistant drilling ship Kulluk, which Shell wants to deploy to the Beaufort Sea. A similar appeal against a license for the drilling ship Discoverer, that the energy company wants to deploy to the Chukchi Sea, is pending. These are just two examples in a licensing process that has gone on for years.

The lengthy procedures, prompted by fears of an oil spill, are a source of growing frustration for Shell. “It’s timely that we move forward,” says David Lawrence, [Shell’s vice president for exploration in the Western Hemisphere]. “We’re still waiting to drill. I’ve drilled more than 400 wells worldwide while waiting to be able to drill in Alaska.”

Lawrence, a veteran of international exploration with Shell, estimates the offshore reserves off Alaska at 25 billion barrels of oil and 120 trillion cubic feet of natural gas. “The size of the prize merits the level of effort that we put forward,” he says. “It’s a world class prospect at relatively shallow depths in relatively shallow waters and at relatively low pressures. That’s a nice combination of tremendous resource base under reasonable drilling conditions – but with the great challenge that you’re dealing with the Arctic.”

And that is the problem. Opponents of oil drilling off the coast of Alaska have mounted a fierce campaign against plans by Shell, by far the largest oil company in the region with exploration rights for more than 800,000 hectares of seabed. They say no permission should be given for oil drilling in the Arctic without evidence that oil companies are able to deal with a possible oil spill under the difficult conditions of the area.

“We simply don’t have the capability to respond to an oil spill in the Arctic,” says Rebecca Noblin of the Center for Biological Diversity, one of the organizations fighting Shell’s plans with legal procedures. Fears of an oil spill have been running high since the BP oil disaster in the Gulf of Mexico last year – a spill that was brought under control with great difficulty, despite relatively good weather and easy access to the disaster site at sea level.

In Alaska, it would be very different, says Noblin. “The nearest Coast Guard station is more than 2,000 miles away, we don’t really have the technology to deal with oil, and we have pretty severe weather in the Arctic.” The nightmare scenario: a leak at the end of the drilling season, just before sea ice makes the waters impassible. “You could have a spill go on for many months, if not a year.”

Shell disputes that. According to the energy company, the risk is much lower than in the Gulf of Mexico, because the wells are in much shallower water – nowhere deeper than 50 meters – and are under lower pressure. Moreover, it has submitted a comprehensive plan to respond to a spill, including its own vessels to contain the oil and suck it up. 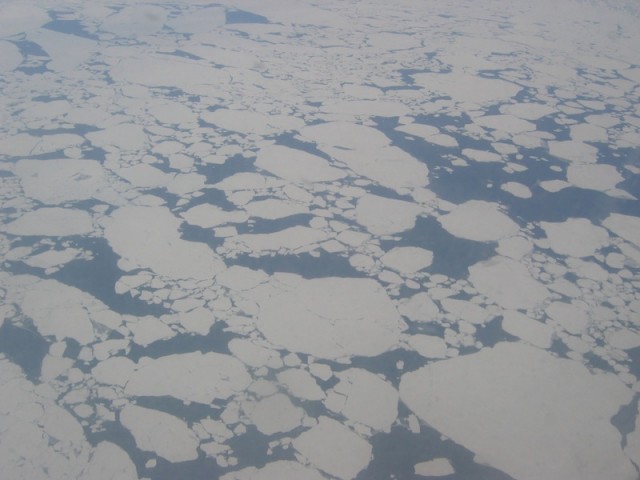 Sea ice floes in Nunavut. Due to global warming, the Arctic is becoming increasingly accessible.

But according to Leah Donahey of the Alaska Wilderness League, those plans are not realistic in the conditions of the region. “We want the government to impose more stringent conditions on Shell,” she says. “Let them prove in a real-world test that the technologies they’re saying they’ll be able to use will really be efficient enough.” She refers to a recent report from the U.S. Geological Survey which concluded that there is no method to clean up oil spills in sea ice.

Nevertheless, the U.S. administration has shown a greater willingness to allow drilling off the coast of Alaska. After the Gulf disaster, U.S. President Barack Obama declared a moratorium, but that has since expired. Last month, the administration announced it would sell more leases in the region. Oil companies like ConocoPhillips and Statoil already have drilling rights in the area – and are closely monitoring Shell’s progress.

“Shell is paving the way for the other companies,” says John Dunn, analyst with Wood Mackenzie in Houston. “They are dealing with all the things that you’d expect on a frontier basin. Shell has been quite persistent over the last four or five years, that’s a signal for what they see up there. With their global experience, they are well-positioned to execute this type of program. Many interested parties will be watching the first well.”

“Shell is paving the way for the other companies”

For Alaska, a large find by Shell would be an economic boost, says his colleague Chirag Sabunani. Oil production from land-based sources in the state, one of the main oil-producing states in the U.S., has been declining for years. If that trend persists, the pipeline that carries oil from Alaska to the South, the Trans-Alaska Pipeline System (TAPS), will become unusable in a few years due to low volumes. “A large new discovery could be very beneficial to the state, both in terms of revenues and keeping TAPS going,” says Sabunani.

For that reason, political leaders in Alaska are calling for greater haste in the licensing process. A letter to Obama signed by the governor and U.S. senators for Alaska questioned the lengthy permitting procedures. “Shell’s exploration program has not been blocked due to deficiencies in its proposed operations,” it said, but because of “administrative challenged and legal actions intended to delay or invalidate permits.” Economically, it is “imperative that companies like Shell be allowed to explore off Alaska’s coast.”

Shell’s Lawrence agrees with the call to speed up the decision-making process. “We welcome a rigorous regulatory process, but we need timely decisions, we need them to be simplified, streamlined and coordinated, such that we are able to drill,” he says. “Each one of these permits represents a milestone. We need to move positively and get positive results on each of those permits. And as we get that, that increases our confidence to be able to drill next year.”

4 Responses to Plenty of oil in the Arctic, but Shell must wait