Drug cartels in Mexico carry out their bloody battles with weapons from the United States. The U.S. now wants to stem the ‘iron river’ flowing south. Gun sellers in border states are required to report it when a customer purchases multiple semi-automatic rifles. Critics along the border say the measure comes too late.

By Frank Kuin in Laredo, Texas

It is crowded on the bridge over the Rio Grande between the U.S. border town of Laredo and Nuevo Laredo in neighbouring Mexico. Two lanes in both directions are full of traffic, and there are pedestrians on both sides of the bridge. The Texas-bound lanes are especially congested, because of intensive border controls. Wait times for the puerto fronterizo to Mexico are shorter.

Travelers to Mexico face a warning sign: “Illegal to carry firearms and ammunition into Mexico. Punishment: prison.” In Mexico, unlike the U.S., the sale of firearms is subject to tight restrictions. Still, the warning is routinely ignored, as America is by far the largest source of firearms in Mexico’s drug wars – a bloody battle in which an estimated 37,000 people have died since 2006. 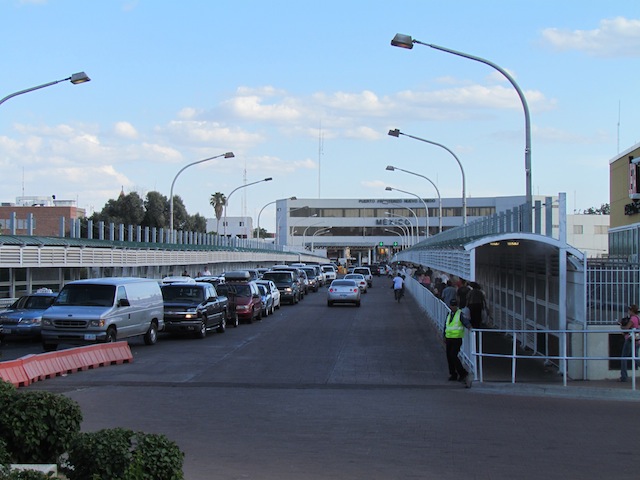 The bridge across the Rio Grande between Laredo, Texas, and Nuevo Laredo in Mexico.

That conflict is fueled by weapons from the U.S. According to a report published by the American administration, about 87 per cent of the roughly 100,000 firearms that were seized by Mexican authorities between 2004 and 2009 – mostly semi-automatic rifles – originated in the U.S. Roughly 40 per cent of that ‘iron river’ came from sellers in Texas, more than any other state.

Raul Salinas, Mayor of Laredo and a former FBI agent, is running a passionate campaign to cut off the weapons supply to the drug cartels. “We have to stop weapons from going south,” he says in his office near the border post. “We need the federal government’s support and the state government to ensure that we can intercept the weapons that are causing some of the terror in Mexico. It’s a moral responsibility.”

Salinas, who has a photo on the wall of himself with President Barack Obama, supports a new measure by the administration to mandate arms dealers in the U.S. to help with that objective. As of next week, gun sellers in the border states of Texas, New Mexico, Arizona and California are required to report it when a customer purchases multiple semi-automatic rifles within five business days.

“Gun dealers have a responsibility if they see something unusual”

According to Deputy Attorney General James Cole, such weapons with a caliber of .22 or more – like the AK-47 – are sought after by drug cartels and regularly found in border area raids. The reporting requirement should help the ATF, the federal bureau of Alcohol, Tobacco, Firearms and Explosives, to “detect and disrupt the illegal weapons trafficking networks responsible for diverting firearms from lawful commerce to criminals and criminal organizations,” he said.

Salinas welcomes the measure, which applies to approximately 8,500 arms sellers in the four border states. “Gun dealers have a responsibility if they see something unusual,” he says. “If someone comes in and buys 10 AK-47s, that has to be a red flag. How can you justify somebody buying 10 AK-47s?” 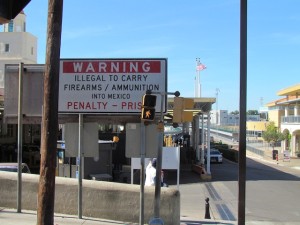 But the reporting duty, the first concrete gun control initiative by the Obama administration, is strongly opposed by the gun lobby in the U.S., led by the National Rifle Association (NRA). According to the NRA, the rule is a step towards further anti-gun policies. In their view, it is an unlawful attempt to limit the constitutional right of Americans to bear arms. The gun lobby has filed a lawsuit to block the measure.

“It will not affect drug cartels and it won’t prevent violence along our borders,” said Chris Cox, executive director of the NRA’s Institute for Legislative Action. “It will only divert scarce law enforcement resources from legitimate criminal investigation and squander them on policing law-abiding retailers.”

One of those retailers is Jim Pruett, owner of a firearms store in Houston. That city, the largest in Texas, is the main source of weapons from the state that are found in Mexico. Dozens of guns, including Bushmasters and Berettas, are displayed along the walls of Pruett’s store, attached to a grille. Stacks of boxes with ammunition are on racks.

As a licensed seller of firearms, Pruett has no choice but to obey the reporting requirement, he says. But he hopes that the measure can be averted, because he thinks it won’t be effective. “It only creates paperwork. Law-abiding citizens are filling out forms, while criminals are getting their guns anyway. This is not going to stop the drug war.”

“It only creates paperwork”

Pruett rejects the premise of the reporting requirement. “The idea that José the Mexican comes to this store to supply weapons to the drug cartels across the border is ludicrous,” he argues. “That may occur, but drug cartels don’t depend on that for their weapons. They can buy weapons legally by containers full, or illegally from other countries or their own military.”

Asked for an example of a suspicious sale in his store, he recalls a Mexican woman who purchased guns to take to Mexico. She passed the personal background check that all buyers must undergo. “The authorities told me to go ahead with the sale, because they wanted to follow her,” says Pruett. “We did what they told us to do. We want to nab the bad guys too. We don’t want to sell guns to criminals.”

In Laredo, Mayor Salinas says gun sellers “have the right to have a business. But I’m talking about irresponsible gun dealers that are there to make a buck, that’s where I have a problem.” He thinks it’s too easy to bring weapons into Mexico and advocates stricter southbound controls along the Mexican-U.S. border. “We need to be more assertive, and Mexico also has a responsibility to do its part.” 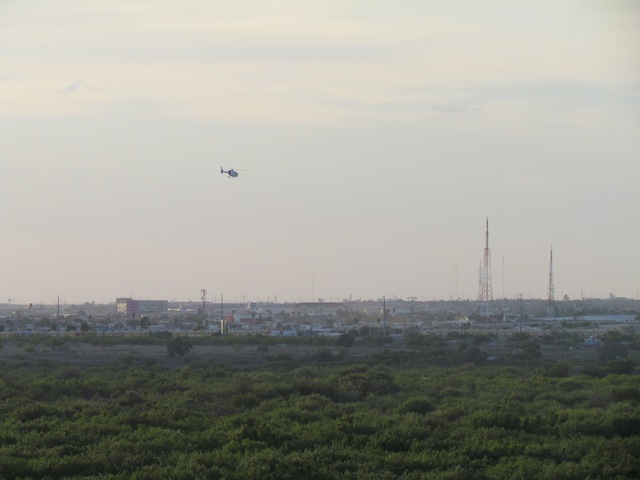 Mexican foreign minister Patricia Espinosa has praised the American initiative as “a positive step in the right direction”. During a visit to Washington in May, Mexican President Felipe Calderon urged President Obama and Congress to stop the arms supply.

Near the border crossing between Laredo and Nuevo Laredo, there is doubt whether the reporting requirement will have much impact on the drugs war. “It might help, but it won’t solve the problem,” says Tony Aviles, a shopkeeper near the border post. “People already have lots of weapons in Mexico and the sale of weapons from the U.S. won’t stop, because it’s a big business over here. People will find weapons anyway.”