Correspondent Frank Kuin > Canada & the US > Canada wants to hand Afghan combat mission over to U.S.

Canada wants to hand Afghan combat mission over to U.S.

Canadian forces are expected to remain active in southern Afghanistan after the current Parliamentary mandate for their mission expires at the end of 2011, says Canada’s Defence Minister Peter MacKay. Canadian troops will focus on training and reconstruction work, while U.S. forces will take over their combat tasks.

Canadian forces will likely remain active in southern Afghanistan after the current Parliamentary mandate for their mission expires at the end of 2011, says Peter MacKay, Canada’s Minister of National Defence.

As far as the Canadian government is concerned, Canadian troops will remain engaged in training and reconstruction work, MacKay said in conversation with NRC Handelsblad during the Halifax Forum, an international security conference organized by the German Marshall Fund.

MacKay, who spoke with his U.S. counterpart Robert Gates this weekend at the conference, expects that the United States will soon send nearly 40,000 additional troops to Afghanistan, and that other countries will be asked for reinforcements. 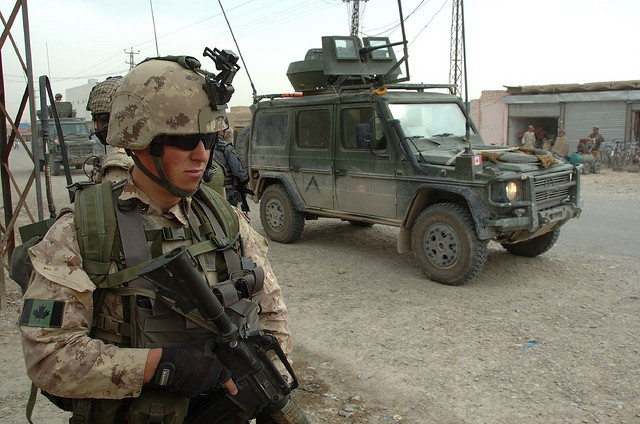 Canada, which has about 2,800 troops stationed in Kandahar, the stronghold of the former Taliban regime, has already begun discussions with the U.S. on the deployment of American combat troops in the province, MacKay said.

The Parliamentary mandate for the Canadian combat mission, in which 133 Canadians have been killed, will expire at the end of 2011. Like the Netherlands, Canada has set a firm deadline. The Conservatives have a minority government, and politically there is no will to extend the mission in its present form.

“Our Parliamentary motion states that the combat mission will end in 2011,” said MacKay, who served as host for the Halifax Forum in his home province of Nova Scotia. “That will end what I would describe as a full-range, fully engaged military operation.”

The focus of the Canadian troops will shift after 2011, MacKay said. “We transition into greater emphasis on reconstruction and development. In the next 18 months, with all the moving parts and everything that’s in play, we will determine how that configuration will be structured.”

Canadians will remain engaged, MacKay said. “I do see Canadians in Afghanistan well beyond 2011, doing further humanitarian work in Kandahar,” he said, citing the Dahla Dam as an example of the future approach. Protection of the Canadian irrigation project has already been handed over to the Americans.

The Canadian position differs from that of the Netherlands. Dutch forces will leave Uruzgan, which borders Kandahar, in late 2010. The Dutch Parliament has adopted a motion ruling out that Dutch forces can remain in Afghanistan after next year. 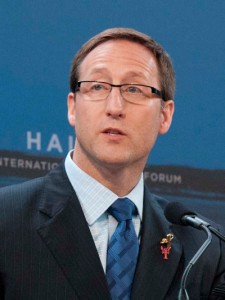 MacKay prefers not to focus the discussion on deadlines. “I would look at these dates as transition dates, as opposed to end dates. I think that talk of exit strategies and end dates emboldens the Taliban insurgents. They can just set their stopwatches and run out the clock until everybody goes home. It is better to say that we’re transitioning into capacity building and allowing the Afghans to do what they’ve been trained to do in securing their own sovereign borders and protecting their own populations.”

Meanwhile, President Barack Obama is expected to respond soon to the recommendations by the U.S. mission commander, General Stanley McChrystal, to send an additional 40,000 American troops to Afghanistan.

As a result, Canada is primarily looking at the U.S. for reinforcements in the short term, MacKay said. “Three striker brigades are going to make a big difference. But I’m quick to say we’re still doing a full-range combat mission for 18 months. So I make no apologies for having some reservations. This mission has come at a very high cost to Canadians.

“We have been among a handful of countries right in the thick of it, in Kandahar,” said MacKay, who visited the area earlier this month. “We have taken significant casualties and many with catastrophic injuries. This has been a bit of a wake-up call for our country, to see young men and women coming back in coffins draped with our flag, to see a number of young men and women severely disabled because of their efforts. It’s had a sobering impact.”

MacKay says he empathizes with the Dutch. “They have made a great contribution, they have come to the south when others wouldn’t, and they have had to communicate this to their public.”

“This mission has come at a very high cost to Canadians”

The Defence Minister, who has made efforts in recent years to convince other NATO allies to send troops to the dangerous south, is philosophical about what other countries can do. “Countries are doing what they can within caveats, within Constitutional limitations, and within coalition government limitations. I understand that. We’re not in a coalition, but we are in a minority. Which is what makes this such a delicate balance.”

Should the Conservative government of Prime Minister Stephen Harper win a majority in the next election, which will probably be held within a year, the Canadian role in Afghanistan may be reconsidered.

“I think each country has to deal with its own conditions,” said MacKay. “It is a realistic approach to suggest that we’re reconfiguring based on what our public wants and the size of our military. But we need to focus on success. Instead of an exit strategy we should be talking about a success strategy.”

In Guantanamo Bay since childhood, Khadr may soon return to Canada Curtain closes on Canadian ‘Prince of Pot’
Share