Like the Netherlands, Canada is engaged in an intensive debate on whether or not to extend the military mission in southern Afghanistan. “It is time to define what are the attainable strategic goals,” says the Canadian politician and author Michael Ignatieff.

Canada and the Netherlands should work closer together in order to get NATO to formulate a clearer strategy in Afghanistan, says Michael Ignatieff, deputy leader of the opposition Liberal Party of Canada in Parliament and prominent author in the area of international relations. 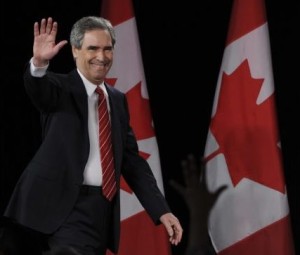 Because of their disproportionately muscular contributions to the alliance’s International Security and Assistance Force (ISAF), both countries are bearing enough of the burden to collectively “pound our fist on the table” and demand that NATO allies rotate effectively, according to Ignatieff, an internationally known intellectual and essayist in the field of human rights.

“Both the Dutch and the Canadians have earned the right to say to the governing body of NATO, by virtue of their participation thus far: it is time to define what are the attainable strategic goals in Afghanistan,” said Ignatieff during an interview with NRC Handelsblad.

Just like the Netherlands, Canada is engaged in an intensive debate about whether to extend its participation in the combat mission in southern Afghanistan. Canadian forces have been based in the southern province of Kandahar, the stronghold of the former Taliban regime, for almost two years. 72 Canadians have been killed.

Conservative Prime Minister Stephen Harper wants to extend the current mandate, which expires in February 2009, until 2011. But his minority government does not have enough support in Parliament to continue the mission. According to opinion polls, the Canadian population has strong doubts about the operation.

If a vote is held on extension of the mission in the current Parliament, the Liberals would cast the deciding votes, as two smaller opposition parties are against extension. The Liberals, who were in power when Canada committed troops to the mission in Kandahar, take the position that Canada should hand over the combat mission to other NATO members in 2009 and focus on reconstruction from then on.

There is a high probability of elections in 2008, prior to a final decision on extending Canada’s mandate.

What do you think Canada should do after February 2009?

“My party has said: our commitment cannot be unlimited. We can’t be there forever. We’ve said February 2009 is the date when it would be appropriate for us to rotate – that is, to hand the combat mission that we have undertaken to another force. We’re not going to abandon Afghanistan, but we do have the right to ask our allies: what is NATO doing here? And are the burdens being distributed adequately? The mood in Canada I think is not that the mission is unattainable, or that the casualties are unsustainable, but what are we doing it for and where is this thing headed?”

Canada can “lead with the Netherlands” for the establishment of clearer goals and commitments by NATO, Ignatieff said. In particular, a strategy is needed on how to control the border with Pakistan, as well as an approach to extending government authority into the tribal areas of southern Afghanistan. In addition, there should be a timetable for the training of Afghan soldiers and police, with identifiable benchmarks.

Such a common approach would fit their position as “middle powers”, he said. “Countries like ours have a huge role to play in the world. The Netherlands has power, Canada has power, we should use it.”

How do you see the common interest of the two countries?

“There is a wider point here, which is that none of us want to live in a world where every time something goes wrong in the world, you have to call Washington. I want to live in a world in which, when something bad happens, you can call Ottawa, you can call The Hague, you can call Paris, Brussels, London and Berlin. A world in which we distribute burdens of defending human rights and promoting development. But we have to carry our weight – and we have done so. And the Dutch have done so as well, very honourably. The big prize is to work together and create a world in which we can all play our part in making this place safer.”

But the deadline for extending the mission in southern Afghanistan is fast approaching. What should we do if it turns out that we cannot call on the other allies?

“I can’t get into hypotheticals.”

It is more than a hypothetical case: no one is ready to take over command of the southern regions.

“Are we in an alliance or aren’t we? This is not Canada’s problem, this is a NATO problem. Canada can’t stay there indefinitely simply because other countries are saying: we can’t go. Should we then say: well alright, we’ll hang on for another 10 years? No! We’re in a negotiation with our allies. And the smart way to negotiate is to say: we have done our bit, now it’s your turn to step up. If it’s a genuine strategic objective of NATO to make Afghanistan survive, they’ll find somebody.”

But you also said that the world should be able to call on Ottawa. Isn’t that what Prime Minister Harper is standing for? He wants Canada to stay the course.

“No one can say that Canada hasn’t done heavy lifting in the last years. But don’t neglect what I’ve also said: nobody in my party wants to abandon Afghanistan. We should maintain a military commitment to Afghanistan after February 2009, but not an active combat and counterinsurgency role, because we’ve done 3.5 years of that, and we’ve paid a heavy price. And now it is appropriate for other countries to step in.”

So if Harper submits an extension of the mission to Parliament, you will vote against it?

“The straight answer to your question is ‘yes’. The distinctions between the Liberal Party’s position and Mr. Harper’s are perfectly clear: 2009 versus 2011; active combat versus a training and security role. The Canadian electorate will have to judge which of these views it approves. Mr. Harper is hoping to win a majority [in the next election], then he’ll have us in there forever. He wants to recommit Canada to a mission about which Canadians have substantial doubts. In our view, he will not have a mandate to do so.”

You are more cautious than you were in your full support for the invasion of Iraq. This summer, you wrote that you made an error on that issue. What have you learned from that mistake?

“I was never a hawk for the war. I knew that the war in Iraq was an extremely risky enterprise, but on balance I felt the risks of overthrowing a genocidal regime were worth running. Because I had been to Kurdistan, and I had seen what genocide looked like. And I didn’t like it. I thought Saddam was a genocidal tyrant, who would constitute a threat to international peace and security if he got chemical and biological weapons. I still think that.

“My problem is that the cost of overthrowing him turned out to be punitively high. I failed to anticipate that several hundred thousand Iraqis would die. I simply failed to  adequately estimate the price. I didn’t fully appreciate how explosive and devastating the consequent civil war would be. Well, you have to take responsibility for these errors of judgment, so I have done so.”

Michael Ignatieff will be at the University of Tilburg on Wednesday to receive an honorary degree and hold a lecture. For more information, please visit www.nexus-instituut.nl 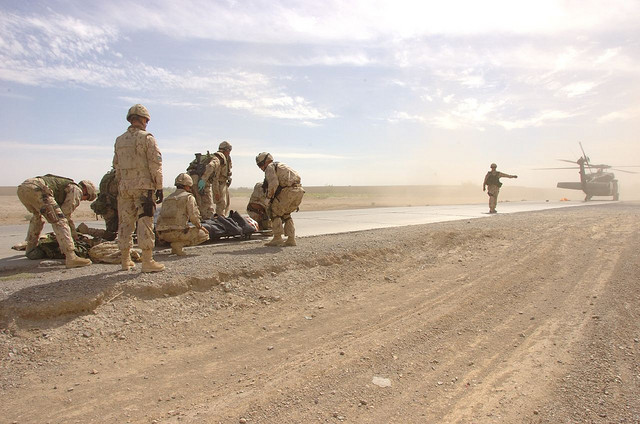 From renowned intellectual and publicist at Harvard to politician in Ottawa

Michael Ignatieff has left behind his life as a renowned public intellectual in the field of human rights and international relations to become a politician in Canada, his country of birth. He is now the deputy leader of the Liberal Party, the official opposition in Canada’s House of Commons.

Was it the right career move? “Oh sure, no question,” he said in his apartment in Ottawa, with a view of Parliament. “Nothing has turned out exactly as anticipated, but that’s politics. But I’m very glad I did it.”

Two years ago, Ignatieff surprised many when he returned to Canada after decades living in the U.K. and the U.S., the last five years working at Harvard. He ran for a seat in Parliament and won. He ran for the leadership of the Liberal Party and narrowly lost. Now he’s second in command of the Liberals, a centrist party which has governed Canada for most of the country’s existence but is currently in opposition.

While Ignatieff the academic has been a strong supporter of humanitarian interventions, as a politician he has had to moderate his views. “What you learn in politics is that you cannot make policy on the basis of your own moral persuasions alone,”he said. “You have to persuade your citizens.

“An intellectual in politics often makes the mistake of thinking that the positions he puts out will persuade people by themselves, by their sheer logic. But nothing happens like that. In politics, you have to stand up and fight for your ideas. That makes it very different from intellectual life, but also much more exciting.”

Expo 67: Canada at its coolest In northern Canada, every polar bear counts
Share